It was instant dance night on Dancing With the Stars and for a second week, Jennifer Grey and Brandy tied at the top of the leader board while Bristol Palin found herself trailing behind. 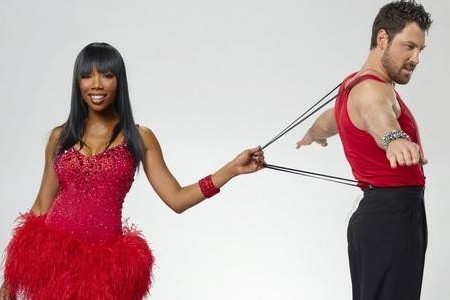 Jennifer Grey was declared the comeback kid last week and with this week’s quick step, the Dirty Dancing star stayed on top. Grey pulled her troubles and ailing body together to produce a quick step full of bounce. She also managed to turn around and showcase an instant rumba that was fantastic. She scored a perfect 30 for the instant dance round.

Not to be outdone, Brandy pulled out another graceful performance with a waltz that showcased her abilities with a short, but powerful, opening solo. The judges completely agreed. Brandy produced two more tens before returning to dance an instant cha cha to Katy Perry’s Teenage Dream. She got the crowd on their feet, but not all the judges. Carrie Ann Inaba had issues with the timing but Bruno Tonioli was thrust out of his chair with his trademark emotion. The instant dance stopped Brandy from pulling out as a solo leader but she still managed to tie with Jennifer Grey on the top of the leader board.

Let’s see how the rest of the dancers did.

Dancing with the Stars: The final five

Individual dance: Last week, Kyle Massey came alive with a sexy paso doble. This week, Massey channeled a softer side with a gorgeous Viennese waltz causing Bruno Tonioli to say, “This is the way to win this.” Kyle Massey went from a kid, to a sexy man, to an elegant dancer in mere weeks.

Instant dance: The jive was Kyle and Lacey’s style for the instant dance and a high-energy piece it was. Their jive was entertaining, chaotic and not perfect all at the same time — but it seemed to work. They actually managed to pull two tens out of the score paddles.

Individual dance: Kurt Warner has been climbing the judges’ praise ladder and his smooth waltz took him one peg higher this week. Let’s face facts, Kurt Warner is not in the same category as some of the other dancers, but what he does accomplish is progression. For a big guy, he managed a decent waltz.

Instant dance: Whatever Kurt Warner did in the first round to produce great scores he did not do for the instant dance. His instant cha cha was not horrible, but it wasn’t spectacular either. He came out and performed well and hit his marks and let loose. But the technical merits were lost.

Individual dance: Bristol Palin laid her sexy out for all the world to see with a steamy Argentine tango many didn’t think she had in her. She got praise for clean turns and lifts, but the intensity was lacking for some. After weeks of being chastised for being void of character, she turned it up and it was great to see Carrie Ann Inaba come to her rescue. 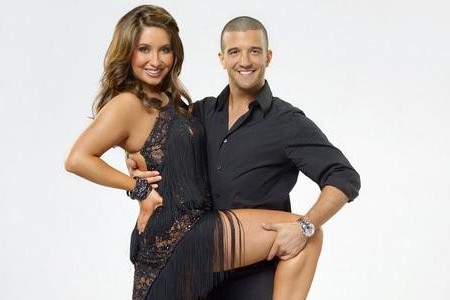 Instant dance: For Bristol Palin’s instant dance, she was tasked with a samba. With sambas running rampant throughout the evening, it was hard for her to really compete. Palin gave it her all, but she was so focused on watching Mark Ballas to get the moves, she lost her concentration. She’s come a long way though.

Check out the Dancing With the Stars results show live Tuesday night to see if your favorite stays in the competition. If you’re a DWTS fanatic, tell us which instant dance you thought was an instant success.