Patricia Heaton is the rare sitcom actress to have success on two completely different comedies. First, Heaton charmed audiences as Ray Romano’s wife on Everybody Loves Raymond and currently, she is commanding attention as the matriarch of the Heck clan on ABC’s The Middle. 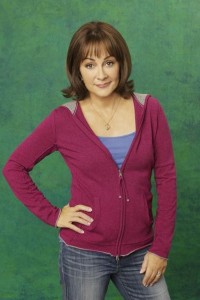 Heaton phoned us for an exclusive chat about the finer workings of the sitcom mom and how the experience has differed for her on Everybody Loves Raymond versus The Middle. She delves into the different working environments and how Ray Romano and The Middle’s Neil Flynn are completely different actors who come from varied backgrounds to play the sitcom dad — but how both bring the funny and make her daily work an absolute joy.

Patricia Heaton has it all

SheKnows: What do you personally like so much about playing Frankie on The Middle?

Patricia Heaton: You know, at first when I was given the script I thought, “I just finished nine years playing a mom. Why would I want to do it all over again?” Then I read it and I realized that this is very different from Everybody Loves Raymond. The story is told from Frankie’s point of view. It really explores life in the Midwest as opposed to just the relationship between parents. I felt that it was really another challenge also just on a professional level. It’s shot as a single camera as opposed to multi-camera [like Everybody Loves Raymond]. It’s a very different skill set for actors. But I love Frankie because I think she represents so many women in the country that you don’t see on TV — women who have to work because finances are tight, women who are juggling being a mom and being a breadwinner. Frankie is like the women who maybe don’t have a lot of time to think about their hair and nails and their clothes. They’re not getting a lot of beauty treatments. They’re just powering through the day but love their community and get pleasure in life from raising their families and being out in their world.

SheKnows: On Everybody Loves Raymond your kids were quite young and the interaction was rare. Your kids on The Middle are just absolutely sensational and professionally, that must be bliss.

Patricia Heaton: They’re wonderful people too. I’m not the biggest fan of child actors between you and me and SheKnows. But they’re just great kids who I would love to call my own kids. They don’t have that Hollywood thing. They’re not around chasing fame and notoriety and clubbing. They’re very thoughtful people and they are real professionals. They’re very focused on their work and I’m very in touch with them. I’m so blessed to have yet another great cast to work with. 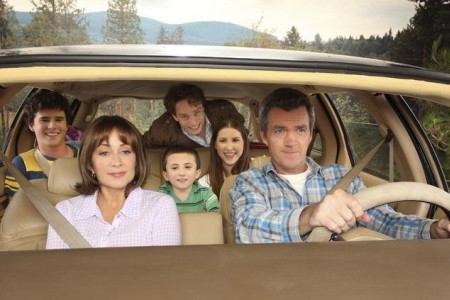 SheKnows: I talked actually to Charlie [McDermott] and Eden [Sher] about two weeks ago now. What a joy, just two such great, well-grounded kids.

SheKnows: So many of the things that you see Eden do you almost want to rewind. I’m always saying, “Did she just do that?”

Patricia Heaton: She’s not afraid like so many girls that are on TV shows. They’re really all about how skinny they can be, what clothes they are wearing, what magazines they get into, what parties they get into. And she is so fearless. They stick her with that mouthful of braces, greasy hair, no make-up, those horrible clothes and the same sweatshirt all year long, which is hilarious. She just completely embraces it and is not afraid. She’ll get rained on, fall down on a cross-country track and get grass clippings in her teeth. She just goes for it, I think she is just a special person.

one for The Middle

SheKnows: One thing Eden said before she showed up on The Middle set was that she was a huge fan of Neil [Flynn, Heaton’s TV husband]. She was a “janitor junky” from his role on Scrubs. It’s so wonderful to see Neil land another great show and get more screen time. 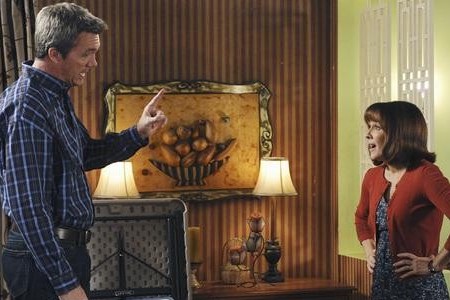 Patricia Heaton: You know, it’s funny [laughs]. I had only seen the pilot of Scrubs and he did not have any lines in the pilot. I thought that was a feature of his character that he never spoke. I didn’t see the show after that. So last season on The Middle, I think it was the pilot, I don’t know him and you try to get to know your co-star. I said to him, “So how does it feel to have lines?” He looked at me and said, “Are you joking?” To which, I said, “No, your character never spoke right?” He blank stared at me and said, “No, my character didn’t have a name! You think this is the first time I’ve ever had to say lines?” I know he’s a wonderful actor and I’m sorry! After that it got all straightened out. I think he likes me now [laughs].

SheKnows: The chemistry between you two pops right off the screen. I know that a lot of people in The Middle, to coin the title of the show, felt like Hollywood only flew over them. What reaction have you encountered with people from the Midwest to finally have a show that represents them? 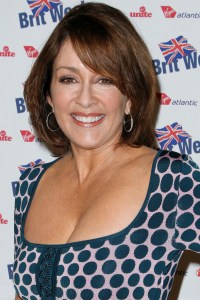 Patricia Heaton: First of all, you know you’ve connected with people when people start to compliment your current show instead of the show you’ve been in for nine years [laughs]. It’s kind of an actor’s nightmare that you will always be Mary Richards or Ed Bundy from Married with Children. So pretty quickly people say, “I love your show.” My automatic reaction is to say, “Which show?” And they always say, “The Middle.” I know that it’s really reaching people. I’m from Ohio and the writers are from Indiana. We all feel really very close to our roots. Not since Roseanne has anything come close to who we are and been represented on TV. I understand that some shows are aspirational where you get to lose yourself in the fantasy of somebody else’s fabulous life for half an hour or an hour. You also need those shows that reflect where you are now and reflect it with love and with humor. I think that’s what our show does and it’s really connecting with people.

Patricia on the secrets to sitcom motherhood

SheKnows: I know each character is different. You’ve really, just in my mind, nailed the two iconic TV moms in Raymond and The Middle. Is there a secret to playing a TV mom or do you just focus on that character and the writers really continue the rest of the way? 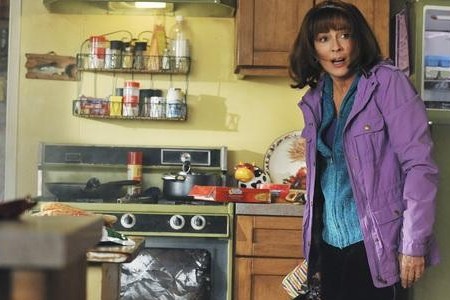 Patricia Heaton: First of all, if you don’t have good writing you are pretty much lost. Fortunately, again I have been blessed with this amazing group of writers that completely understand the world we live in — but they’ve also given each of the characters very specific voices. So many times in situational comedy, the characters all sound the same. You can take one joke from one character and put it in the mouth of another and it won’t make any difference. That’s because they are just writing jokes, they’re not writing characters. In our show, every character has a very specific personality. Brick certainly, Sue certainly has a certain attitude, Axel, of course, just mumbles. He doesn’t even speak, he just mumbles [laughs]. Mike is a specific kind of strong silent rather non-emotional Midwestern “guys” guy who loves football, mowing the lawn, tailgate parties and that kind of thing. Frankie is the classic mom running around like a chicken with her head cut off. I think that they’ve really nailed it and so that makes it much easier for the actors. This is just an old acting adage, but you just have to play the truth of the situation. You’re not trying to be funny. You’re just playing the truth. But in sitcoms, of course, it’s a little heightened.

SheKnows: How do you navigate that?

Patricia Heaton: There’s a fine line between having something be a comedy and something be a tragedy — and just to know that as an actor. It could be the tone of your voice, the pitch of your voice. You can make something that’s painful sound funny or depressing but you learn that after a while. I’ve just naturally always leaned toward making stuff funny.

SheKnows: I wanted to know about working with Ray Romano, who was a stand-up comic that they built a sitcom around. Now you’ve got Neil as the dad, who’s a seasoned comic actor. Is there a difference between your male leads on Everybody Loves Raymond and The Middle? Was there any kind of a learning curve for Raymond? 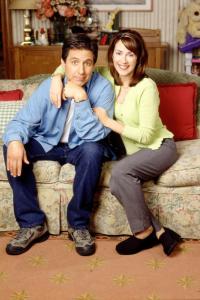 Patricia Heaton: The show was written based on Ray, so it’s very close to who he is and so he right away picked up on it. For him, the challenge was more technical stuff that he had to learn. He’s one of those comics that really, really prepares every moment. I don’t know if you’ve ever seen him live, it looks very casual. But it’s all completely rehearsed and scripted — that whole casual thing. He actually is a very seasoned actor in a way because he knows how to prepare and where exactly to hit a syllable to get a laugh. In that sense, he really knew what he was doing timing-wise which of course comedy is so much about timing. He just had to learn things like etiquette — like how not to give me acting notes [laughs].

SheKnows: Wow, and now he’s killing it on Men of a Certain Age!

Patricia Heaton: Yes! I’ve seen him in Men of a Certain Age, which is so terrific. His dramatic chops have just really grown. That show is not straight comedy and it’s not straight dramatic acting. It’s a hybrid which he’s doing really well. It takes a real skill. I think those years on Raymond helped him develop all of that.

SheKnows: Lastly, if you could have Frankie on The Middle have something dreamy happen to her this season, what would it be?

Patricia Heaton: You know what would really be dreamy? If the whole Heck family got to go to Hawaii for a vacation like Modern Family did [laughs]. Then I could go. I also think whatever is good for Frankie is good for Patty. I’d love them to go somewhere else than Indiana for a holiday.