Ever have one of those moments where you see the trailer and say to yourself, “This movie looks really fun,” and then you watch it and it gives you a lot more to think about beneath the surface? Welcome to Morning Glory, the new romantic comedy starring Rachel McAdams, Harrison Ford, Diane Keaton, Patrick Wilson and Jeff Goldblum.

At first glance we meet a bright-eyed, naive (dare we say overly optimistic?) 28-year-old woman trying to make it big in the television industry. Underneath it all, once you scrape the surface, are important themes that resonate with our daily work lives. 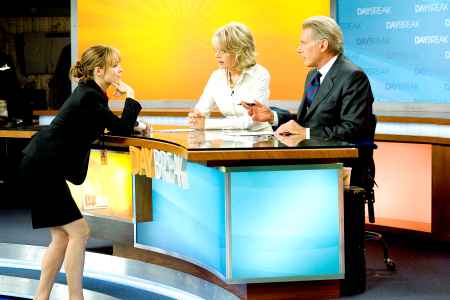 How do you manage work-life balance? Have you ever wanted something so badly that you simply couldn’t give it up no matter how much everyone was prodding you to? And how have you dealt with difficult co-workers, bosses or even people you managed?

Introducing Becky Fuller (Rachel McAdams), a hard-working TV producer who’s fired from a local news program in New Jersey. As she stumbles onto a job at the last place national morning news show, she’s given a new start, an empty canvas, if you will, to make her mark. First, she needs to be taken seriously by her cast and makes the first big decision to give the show a shot in the arm by bringing on legendary TV anchor Mike Pomeroy (Harrison Ford). The “Dan Rather-type” character wants to have nothing of it. Diane Keaton’s character, Colleen Peck, is a former beauty queen and longtime morning show personality who has made a career of covering the typically soft news of the morning show.

As their personalities clash, you can’t help but wonder: Have you also ever been in the workplace and felt something similar? Have you been on a team and yet simply refused (or perhaps wished you could refuse) to not do certain things? 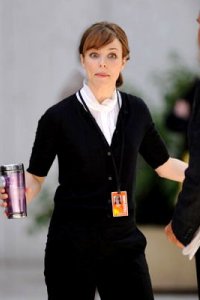 As Becky tries to boost ratings on her fledgling show, she also manages to find love (or perhaps we can say it finds her). Through McAdams’ comedic timing we can’t help but relate to her as she tries to “shut off” work after hours (One effective strategy pointed out in the film — put the Blackberry in the refrigerator as soon as you walk in the door!).

As Becky struggles with her career and love life in an effort to make it in the always buzzing New York City, McAdams simply dazzles.

Screenwriter Aline Brosh McKenna’s quick-witted, razor sharp dialogue and Morning Glory director Roger Michell’s brisk pace will keep you fixated on these characters, their quirks, and oh yes, their will to survive as the colorful characters walk into the sunset.