After a brave 21-year battle with chronic leukemia, Oscar-nominated actress Jill Clayburgh passed away at her home in Lakeville, Connecticut. Clayburgh was 66 years old. 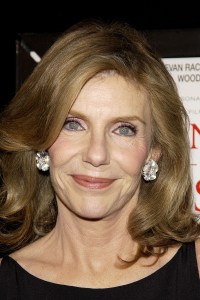 Clayburgh, who’s been married to screen and playwright David Rabe (Hurlyburly, The Firm, In the Boom Boom Room) since 1978, began her career in films and on Broadway in the late 1960s, receiving back-to-back Best Actress Academy Award nominations in 1978, for An Unmarried Woman, and 1979, for Starting Over.

Most recently, Jill Clayburgh was seen as Letitia Darling on ABC’s brilliant, prematurely canceled dramedy, Dirty Sexy Money, and will appear posthumously in the upcoming film Love and Other Drugs, where she plays Jake Gyllenhaal’s mother.

At this weekend’s press day for the film, where the film’s director Ed Zwick said that nobody on the cast and crew knew that the actress was battling the disease, Jake spoke about Clayburgh’s passing.

“She’s just amazing,” Gyllenhaal said. “I know my parents just were recently divorced and my mother said that An Unmarried Woman was such an incredible film for her to watch, you know, and helped her so much. I think the work that she did, the woman that she is and was, she was just incredible. She was just loving and open, and an incredible actor to watch.”

Interestingly, in a 1982 interview with The New York Times, Clayburgh, who always seemed so together despite her private battle, said, “I guess people look at me and they think I’m a ladylike character, but it’s not what I do best. I do best with characters who are coming apart at the seams.”

Clayburgh is survived by her husband; her daughter, actress Lily Rabe, who is currently starring in the Broadway production of The Merchant of Venice opposite Jill’s former boyfriend of five years, Al Pacino; a son, Michael; a stepson, Jason; and a brother, James.

She will be missed.