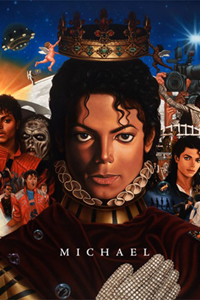 Is Michael Jackson’s newly released single really him singing? Many fans are saying that the lead vocals and the verses don’t sound like him.

“This is NOT MJ’s voice. Think about it — the Jackson family has the right to ‘appropriate’ his sound as part of managing the estate — so why not hire sound alikes and tech wizards to create new ‘Michael’ songs?! Follow the money,” one fan said.

Other fans speculate that it is him, only he is singing in a different range. “So it sounds a bit different. That was the great thing about Michael; he could change the way he sang, the way his music sounded. I would rather hear some of his music than not hear any of it.”

Michael Jackson’s label has admitted that some of the tracks on the new album, Michael, were completed after his death last year, but they are not saying which songs and how much of the songs were recorded by others.

TMZ is reporting that experts confirm it is “100 percent definitely, positively MJ” and that it was recorded in 2007 at his home studio in New Jersey.

Listen to Michael’s new single, Breaking News, right here and let us know what you think.

read on for more Michael Jackson