The first movie weekend of November has broken November box office records and the top three films shared the wealth with Megamind taking first! Megamind was closely followed by Robert Downey Jr’s Due Date and Tyler Perry’s For Colored Girls.

On the heels of topping the list of Forbes’ Hollywood’s Most Overpaid Actors 2010, Will Ferrell got the last laugh this weekend. The funnyman was in the top-grossing movie in what could end up being a record-breaking weekend. 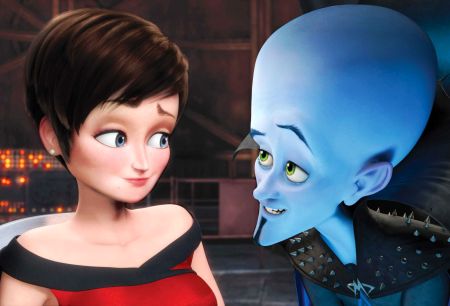 The second weekend of November 2010 saw a big turnout at the theaters, with an estimated total box office take of $155 million. Final numbers aren’t out yet, but it looks like this weekend will beat the reigning November high, which was the $153-million weekend back in 2003 that included The Matrix Revolutions and another Ferrell hit, Elf.

Due Date came in second with $33.5 million. The much-hyped pairing of Robert Downey Jr. with Hangover funnyman Zach Galifianakis and director Todd Phillips may still continue to perform, but it didn’t come close to matching Hangover‘s $45 million opening in 2009 and won’t likely see anything like Hangover‘s $277 million, four-month reign.

While Megamind and For Colored Girls can both count on word of mouth for a strong second week, Due Date may have a tougher time holding its place in the top three. 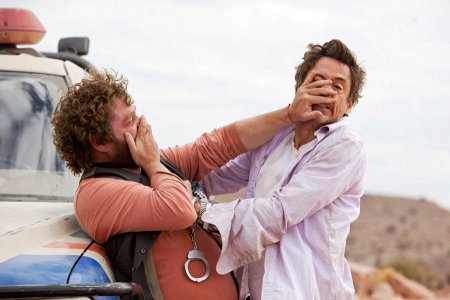 Red finally gave up its place in the top three this weekend, but only slid to fourth. This week’s $8.9 million brings the Bruce Willis, Mary-Louise Parker, Morgan Freeman and Helen Mirren vehicle up to $71.9 million.

Last week’s big winner, Saw 3D, dropped to fifth, with $8.2 million; while Paranormal Activity 2 took sixth place with $7.3 million, for a total of $77.2 million for the sequel.

Jackass 3D continued to lure in fans. The stunt-fest banked $5.1 million this weekend for seventh place, hitting $110.8 million in total sales. SheKnows has said it before, but yes, with these numbers, fans should expect another installment of Jackass down the road!

Hereafter, Secretariat and The Social Network dropped down to the bottom three, with Hereafter and Secretariat banking around $4 million and the Facebook movie banking $3.6 million to hit the $85 million mark.

Three big releases enter the fray for next week, along with a handful of indies.

Harrison Ford, Rachel McAdams and Diane Keaton hope to get early laughs with a Wednesday release of their romantic comedy Morning Glory.

Then Friday, Denzel Washington aims to follow in Ferrell’s footsteps and make fans forget he also landed a top spot in Forbes’ Hollywood’s Most Overpaid Actors 2010. Washington and Chris Pine roll into theaters with the action flick Unstoppable.

Meanwhile, when aliens attack in Skyline, Eric Balfour, Brittany Daniel and Donald Faison (Scrubs) go from partying to fighting for their lives and our kind.

Limited releases set to drop Friday include Cool It and Tiny Furniture, while only New Yorkers will get a chance to catch indies Disco and Atomic, Helena from the Wedding, The Practice of the Wild and You Won’t Miss Me.