Madrid played host to this year’s MTV Europe Music Awards with talented artists from Shakira to Linkin Park taking the stage! But it was all about the winners like Lady Gaga who owned the night’s merits. 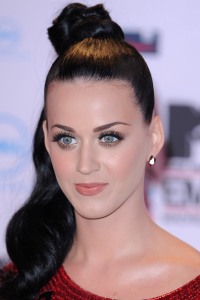 Excited music fans filled downtown Puerta de Alcala and Caja Magica for the MTV Europe Music Awards November 7. Fabulously delicious Desperate Housewives star Eva Longoria Parker was in charge of it all. With one hot host and even hotter musical acts, the MTV Europe Music Awards set the night on fire. Let’s take a look back at some of the evening’s biggest winners and magical performances.

Lady Gaga wasn’t on hand to accept her awards but she showed her appreciation live from Budapest, Hungary, where she’s on tour. In true Lady Gaga fashion, she unleashed her acceptance speech via video link.

The coveted Best New Act was claimed by the outrageous Ke$ha and Justin Bieber didn’t do too badly either. The 16-year-old pop sensation took top nods for Best Male artist. In the Best Hip Hop category bad-boy comeback kid Eminem slammed the competition.

It wouldn’t be an awards show without the new Mrs. Russell Brand. Katy Perry accepted the Best Video for California Gurls.

The MTV Global Icon award was bestowed upon Jon Bon Jovi and the group Bon Jovi. “Thanks for making us icons,” he told onlookers. “I want to thank everyone at MTV for this unbelievable ride over a quarter of a century. We’re still doing what we do and we’re doing it well.” 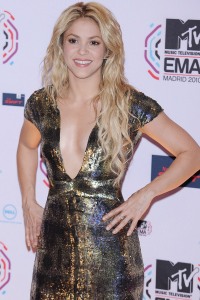 The Caja Magica was transformed into a majestically lovely venue for indoor performances while the Puerta de Alcala added a platform for outdoor festivities.

Shakira fired up her hips and opened the MTV Europe Music Awards with her typical hippy dance routine and British rapper Dizzee Rascal.

Kings of Leon and Kid Rock brought flavor to Madrid, Spain, while Miley Cyrus once again proved shocking. The singer donned a body-hugging, what we think was white, bodysuit while performing Who Owns My Heart. The number was racy and sexily choreographed, which is what we’ve come to expect from the 17-year-old Miley.

Rihanna rocked her flaming red hair and wedding-esque dress while performing her track Only Girl.

Check out the list of some of the night’s biggest winners: