Conan O’Brien is gearing up to make his TBS debut with the highly anticipated, Conan, November 8. As O’Brien readies himself for a triumphant return to late night television with Conan, just what can we expect from the outspoken black sheep of late night? 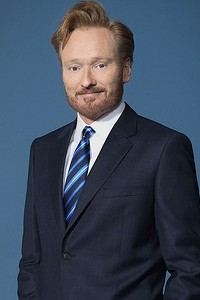 Despite his rocky exit as the host of The Tonight Show and being replaced by Jay Leno, Conan O’Brien still deems himself quite lucky. With a new TBS show in his back pocket, Conan, why shouldn’t he feel that way? The redheaded stepchild of the late night talk show circuit recently chatted with Playboy about his goals and feelings as he moves into a new chapter in his career.

“I am an incredibly fortunate person. And as crazy as this sounds, my career with NBC was overwhelmingly positive until [being fired from The Tonight Show],” Conan told Playboy magazine in an interview for their December 2010 issue.

O’Brien added, “The entertainment business has an amazing way of turning really lucky people into bitter, angry, rage-filled, jealous, resentful wretches who can’t believe they got screwed. Some things have worked out great for me, some things haven’t. You keep going.”

As for his new show, Conan, O’Brien has but one expectation. “I’m going for eight months on the air. All I want to do is break my Tonight Show record.”

“I’m a guy who wants to say I did more push-ups today than I did the day before,” Conan O’Brien said. “And the good news is, I did only one push-up yesterday.”

As for O’Brien’s first guest to christen his new program, that’s a hard one to officially call. Rumors began spreading like wild fire that Arlene Wagner, owner and creator of the Leavenworth Nutcracker Museum in the state of Washington will do the honors.

A rep for the show isn’t confirming the news and lips have been sealed as to who it will really be. What we do know is that on November 5, O’Brien announced on video that the poll to choose his first guest was officially closed. All picks had been weeded out and just three remained — Jack Nicholson, the Sultan of Brunei and Wagner. O’Brien added that he would be counting the votes and of course throwing the results.

Check out the debut of Conan on TBS Monday night, November 8.