Lindsay Lohan has escaped from rehab again — this time to shop for cheap clothes!

The first time Lindsay Lohan broke out of rehab it was for Coke. This time, she wanted some cheap clothes. 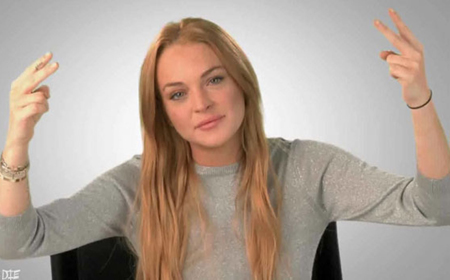 Lindsay Lohan was spotted at a Forever 21 in Palm Desert, CA buying $200 worth of Chinese-made crap that will fall apart after one wash. She didn’t actually sneak out, because apparently residents in her program are allowed a once-a-day reprieve.

The Forever 21 store manager told RadarOnline, “Lindsay came in two days ago with another young woman. Lindsay kept to herself, but was friendly. Lindsay bought a leopard sweater, a lot of pajama bottoms, and a ton of socks. Her choices were for leisure wear. Lindsay spent about $200 total and she paid for the items herself. We were surprised that Lindsay was so low key. The only thing she asked us to do was to hold some of the items at the front until she was finished picking things out.”

Was Lilo seeking inspiration for her own cheapie fashion line? Or is she so broke she needs to load up on $3 tank tops? Alternate theory: The emo sales guy (there’s one at every store) slips tiny bags of her favorite stimulant into each pair of socks.