Four Lions is an impressive piece of filmmaking that achieves the rarest of feats in film: Being funny while also being politically dramatic.

Four Lions comes from the creative mind of Chris Morris, who has crafted a film perfect for our times. The film tells the story of modern jihad as seen through the eyes of four friends in London who are determined to take the Muslim extremist message to the masses, all by themselves. 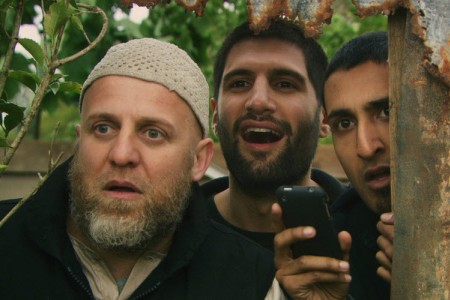 Omar is the leader of the group. He’s happily married with a son he adores, but is not content with the treatment of Muslims in the Western world. His friend Waj decides that Omar is on to something and that they, and their friends Barry, a Muslim convert, and Faisal need to become the fearsome foursome of self-proclaimed jihadists.

Omar and Waj head off to Pakistan for training and here is where Four Lions sets its tone that the film will be more about hilarity than hate. We don’t want to give away the hysterical happenings in Pakistan, but let’s just say this: The duo returns to London without their bags because they left Pakistan in such a hurry.
What makes Four Lions so fun is its protagonists are such bumbling idiots who produce such hilarious results, it is difficult to take their mission seriously. That is how director Chris Morris manages to keep his audience enthralled in the foursome’s antics while still painting a picture of modern Muslims and how their world was completely turned upside down by the events of 9/11, as much as anyone directly affected by the terrorist attacks on America.

The humor in Four Lions is not overtly in your face. It is through his characters’ actions that the hilarity ensues. Also, Morris illustrates why it is much easier and peaceful to laugh at ourselves than to revel in the killing of each other because of our socio-religious-political views. Morris’ characters are trying to strike a blow to the British establishment all while trying to not blow themselves up in the process.

As the film charges towards its finale, the stakes are high for our Four Lions. Their efforts to succeed in their solo jihad come to fruition during the London marathon. 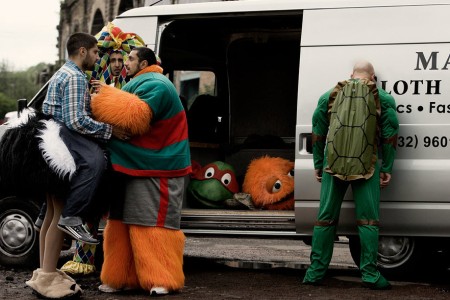 Let’s just say this: The characters show up ready to do damage dressed in children’s costumes. Yes, you read that right. See, it’s funny, not fanatical. And that is what makes Drafthouse Films’ Four Lions a cinematic gem of our times. Morris has created a world that is readily identifiable while still taking the audience on a journey that is equally enjoyable, hilarious and human.