A new top ten list has landed — courtesy of Forbes magazine — counting down Hollywood’s Most Overpaid Actors. Comedians topped the Forbes overpaid list for 2010, with Will Ferrell in the not-so-coveted top spot. Big names like Tom Cruise and Denzel Washington also flopped their way into the top ten. 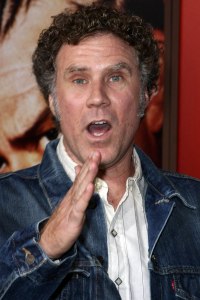 Forbes sat down and did the math to determine who are Hollywood’s Most Overpaid Actors. To calculate which Hollywood stars aren’t measuring up to their reps as big earners and delivering on their investments, the financial magazine looked at each star’s last three films, comparing what the stars earned against the cost of their films.

Will Ferrell tops the list, in spite of having big hits like Elf and Talladega Nights to his name.

Comedies don’t always translate well internationally, so the funnymen were hit hard. Eddie Murphy, Seth Rogen, Vince Vaughn, Adam Sandler and Jim Carrey made the list, while romantic comedy veteran Drew Barrymore is the only woman in the top ten.

Having laughs get lost in translation isn’t the only factor for some of these comedians, however. It also doesn’t help to be involved with big budget flops that don’t even make it in the US, like Ferrell’s Land of the Lost or Rogen and Sandler’s drama Funny People. Denzel Washington came in third surprisingly, considering his rep. No doubt he hopes to boost himself out of the top three with his upcoming action flick Unstoppable, costarring Star Trek‘s Chris Pine.

Tom Cruise landed in the top five as well, but like Washington, he has a possible boost in his future with Mission: Impossible Ghost Protocol. He’s currently in Dubai shooting the fourth and possibly final Mission: Impossible film, which is due out next year.

Matt Damon has seen big Bourne paydays and still carries a rep as a big earner, but Green Zone, Invictus and The Informant show a slump in his net worth on the big screen and landed him in seventh place.

* All figures and standings from Forbes magazine