Martin Sheen might be the new Uncle Ben. No, not the rice guy: Peter Parker’s uncle in the new Spider-Man reboot. 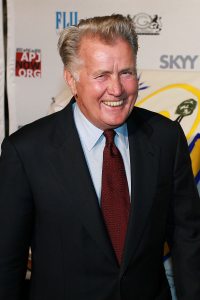 Sheen, our personal favorite TV president of all time, is in final negotiations to join the film, which is being directed by Marc Webb. This will be Webb’s second outing after a very promising debut with (500) Days of Summer, a Sundance darling and one of the best films of 2009.

According to The Hollywood Reporter, Sally Field is also negotiating to join the cast as Ben’s wife, Aunt May.

The movie, which goes back to Spider-Man’s beginnings instead of picking up where the Tobey Maguire franchise left off, will star The Social Network’s Andrew Garfield as Peter Parker/Spider-Man and the usually hilarious Rhys Ifans (Notting Hill) as an as-yet-unnamed villain, while “It Girl” and Lindsay Lohan thunder-stealer Emma Stone steps into the love interest role as Gwen Stacy.

We dig Stone, Easy A was outstanding, she did great work in Paper Man and she was priceless (and in fact the only good thing) in Ghosts of Girlfriends Past!

Sheen and Field would be stepping into roles previously occupied by Oscar-winning actor Cliff Robertson and Rosemary Harris. If you’ve read the Spider-Man comics or seen the 2002 film, you know that Uncle Ben is killed early in the film. With Sheen in the role, we wonder if that means some comic book myth-restructuring will occur to keep him on the scene longer.

Spider-Man 2.0 is set to begin filming in December.