Tyler Perry’s latest movie, For Colored Girls, hits theaters today. What’s the movie about and how does it promote girl power?

Another Tyler Perry creation is hitting theaters today. Perry is earning praise for the For Colored Girls movie adaptation — especially for his casting of strong, talented African American women. Like other Perry movies, For Colored Girls is likely to be a big box-office draw this weekend. 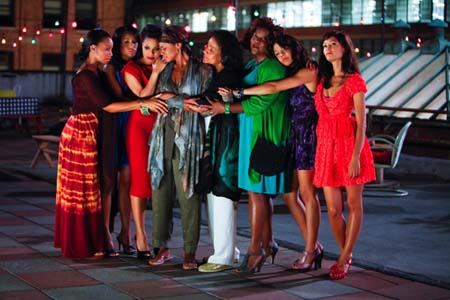 Perry’s For Colored Girls movie is an adaptation of For Colored Girls Who Have Considered Suicide When the Rainbow is Enough, a 1975 play written by Ntozake Shange. The play was originally staged in California, but it’s found success both off- and on-Broadway — the Broadway adaptation won a Tony is 1977 for best play.

For Colored Girls tells the story of nine different women through poetry. It follows the women as they deal with many of life’s challenges, including love, heartbreak, rape and abortion. The women use their bond as strength to make it through the challenges and come out stronger on the other side. The main goal behind the original play was to showcase the strength of women and it definitely succeeded.

Perry is known for bringing out the star power for his films, and For Colored Girls is no exception. The cast includes Janet Jackson, Whoopi Goldberg, Thandie Newton, Kerry Washington, Phylicia Rashad and Macy Gray. The stars bring A-list talent and depth to sensitive subject matter, and they make it relatable to women of all racial backgrounds.

Watch the For Colored Girls Trailer