LeAnn Rimes has happy news in that she is now engaged to Eddie Cibrian. But why did Rimes fail to show up for the party Shape magazine threw in her honor? Could it be because they called her cover a mistake? 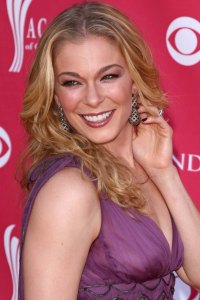 Shape rolled out the red carpet to honor LeAnn Rimes‘ third time on the magazine’s cover with a shindig fit for a cover girl, but one thing was missing — the guest of honor.

The flu is being blamed for Rimes’ absence at the Shape party, but there’s a lot of news coming forth in the life of LeAnn Rimes and some are wondering — was it the flu?

As coincidence would have it, media outlets were made aware of LeAnn Rimes and Eddie Cibrian’s engagement at around the same time Shape’s party was set to kick-off. All a little too convenient in timing? Did LeAnn Rimes really miss the party because of the flu?

Rimes’ rep is insisting the letter of apology from Shape editor Valerie Latona is definitely not a factor. But the Shape party is not the only event LeAnn Rimes is missing out on. Rimes also reportedly pulled the plug on a show at the Turning Stone Resort and Casino in Verona, New York, November 5.

Her rep said, “Unfortunately she caught the flu, and under doctor’s orders was advised not to travel or go out.”

It’s easy to get swept away and think she might be needing a break. After all, she did just publicly talk about her affair with Eddie Cibrian to Robin Roberts. The magazine she posed for, that was holding a party in her honor, released a letter of apology after previously releasing a statement saying the cover article was a “mistake.” All that would give anyone the flu.

Keep on plugging along LeAnn Rimes.