After Slumdog Millionaire, director Danny Boyle felt he had some movie mojo to get a passion project brought to the screen. Boyle was correct in that assumption and that Oscar-earning spotlight was placed on Aron Ralston’s extraordinary 127 Hours of self-saving and personal exploration starring James Franco in a role that is sure to earn him his own Oscar.

How does the man who brought the city of Mumbai alive tackle a deserted canyon bottom in rural Utah where Ralston found himself trapped and after five days found a way out of his accident-borne trap by cutting off his arm? The story of 127 Hours is told by Boyle with grace, power and an always keen eye on the present. 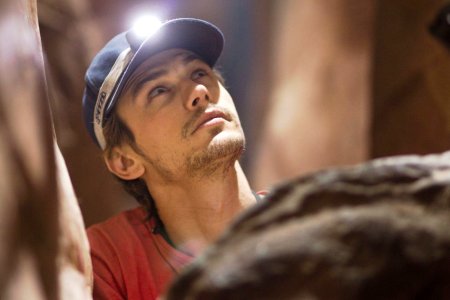 As Aron Ralston, James Franco is a vision. We have always thought the world of Franco and his innate talent to capture characters. To witness Franco in 127 Hours is one of those movie moments that serves as an announcement of an actor that has migrated from innate natural talent to full-blown untouchable movie star.

Much as Tom Hanks in Castaway, the film rests solely on the shoulders of James Franco. And also as Hanks did in that momentous film, Franco creates a world where the impossible seems possible, all while audiences are not only gripped in every moment onscreen, but also somehow personally and emotionally attached to this person’s journey.

Franco and Boyle are a tandem to be reckoned with and we hope for some years to come. The actor and director spent months in the most cramped of filming circumstances and emerged with a film that can only be described as movie perfection.

Part of the Boyle-led team bringing Ralston’s life to the big screen is his Slumdog Millionaire composer A.R. Rahman. Initially, this reviewer wondered how the man who is an international superstar would take his Indian-music honed ear to the soundtrack of a Utah mountaineer who faced death in complete solitude. I could not have been more astounded at a film score this year as was found in Rahman’s music. Throughout the film, but especially when the film needs it most — when Franco’s character successfully cuts his own arm off to obtain freedom — the Oscar-winning composer makes the unpalatable a moment of human triumph instead of grotesque gore. 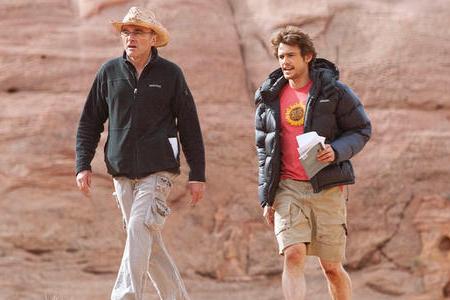 Director Boyle also took the challenge of bringing the solo story to the screen. Yes, Ralston’s best-seller Between a Rock and a Hard Place found an enormous audience. “His story has been told to tens of thousands of people,” Boyle said to us recently. Where an inspiring true story comes off the page and emits from the silver screen are two different places. In the hands of any other director, 127 Hours might be a completely different shade of inspiration. There is a celebration of life in every frame of Boyle’s latest masterpiece that will surely go down as important as his film Slumdog Millionaire. 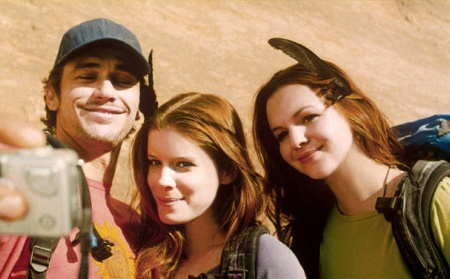 Most likely, time will view 127 Hours with a completely more powerful set of historical eyes than Boyle’s last Oscar-winning success.