Women the globe over owe a debt of gratitude to the women featured in the film Made in Dagenham. In Made in Dagenham, it is 1960s England and the 187 female workers at the Ford plant in the British city of Dagenham decided that it was worth it all to risk everything to go on strike and demand equal pay for equal work.

In Made in Dagenham, Happy Go Lucky star Sally Hawkins shows her Golden Globe-nominated acting chops as she inhabits the leader of the labor strife that would set the UK working world afire. 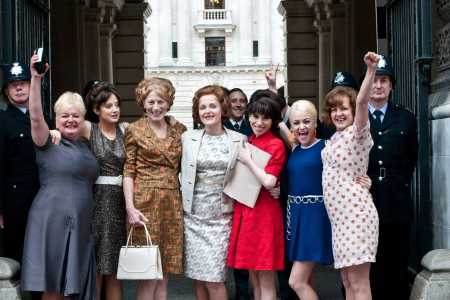 Rita O’Grady has a husband (who also works at the Ford plant in Dagenham) and three children to look after. That is part of the reason she is working her fingers to the bone as a seat seamstress in what the Ford Motor Company has deemed a position to be labeled unskilled. Therefore, anyone with that employment distinction can be paid less. The women of the sewing shop of Ford Dagenham know that they are anything but unskilled. Without their expertise, cars would not have seats. Period.

Made in Dagenham could be grouped with some of the female-led labor film triumphs such as Charlize Theron as a coal miner in North Country and Sally Field as a textile worker in Norma Rae. But, Made in Dagenham sets itself apart cinematically because in so many ways its true story serves as the precedent that made Field and Theron’s real-life character’s personal victories possible.

As is the case with many UK films portraying their history’s many inspiring tales, Made in Dagenham sports a cast featuring some of that country’s finest talents. 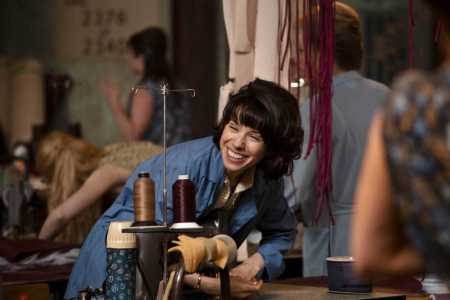 First and foremost is Sally Hawkins. She paints a picture in Rita that transcends decades. Behind Hawkins’ Rita, the audience is led on a journey that could exist in any time in earth’s history. Its themes are universal. What’s right is right — regardless of the collateral damage. Her marriage, children, friendships and safety are all threatened by her unlikely stand. 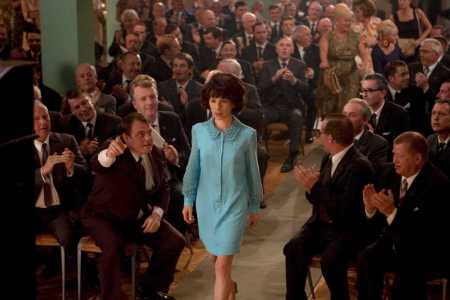 Right there with Hawkins, and their scenes together are some of the film’s most riveting, is Miranda Richardson as the secretary of state for employment and productivity. Under tremendous pressure from both the public to respect the UK worker, and her political counterparts’ desire to quell the women of Dagenham’s workplace qualms, Richardson’s Barbara Castle holds the key to the future of not only UK labor practices, but global economic rules of law. 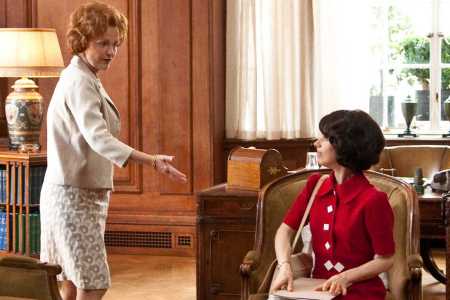 There could not be a better actress employed to capture Castle’s essence. Also shining are Academy Award-nominee Bob Hoskins as the 187 workers’ labor representative and Rosemund Pike as the wife of the factory’s boss with her own support to lend.

Made in Dagenham trailer

Made in Dagenham movie review