Kenny Chesney just announced a new stadium tour with the Zac Brown Band and other country friends. Will you be first in line to catch Chesney and friends on tour?

Rejoice, Kenny Chesney fans! The country superstar announced plans for a 2011 co-headling tour with the Zac Brown Band. The tour will hit nine stadiums as a part of his Goin’ Coastal tour, according to a Thursday morning announcement. 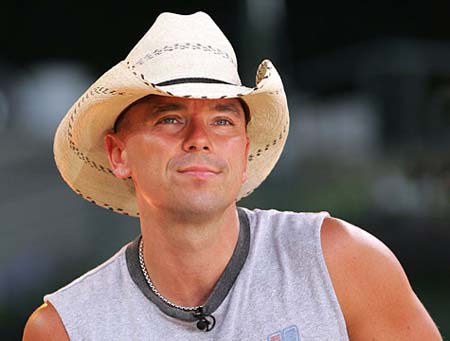 The tour announcement comes after Chesney’s self-imposed year off. The country crooner toured endlessly for several years before taking a break. However, Chesney’s “break” was really anything but — he made two movies during his hiatus, including the football documentary Boys of Fall and recorded a new album, the just-released Hemingway’s Whiskey.

Singer Billy Currington is scheduled to be the opening act for all nine dates on the stadium tour and Uncle Kracker will also perform at eight of the nine tour stops. This won’t be the first time Uncle Kracker has joined Chesney on tour — the buds have went on the road together several times in the past.

The Chesney-Zac Brown Band tour is slated to start on March 19 in Tampa, Fla. and ends on August 27 in Foxboro, Mass. The announcement went on to say that tickets will start going on sale November 20 — and these tickets will go fast, if Chesney’s previous tours are any indications. More dates for the Goin’ Coastal tour will be announced later, according to The Boot. It’s rumored to be his biggest tour since his 2006 Road and the Radio tour.

Will you check out the Kenny Chesney and the Zac Brown Band tour?