Kanye West has responded to a slam by former president George W. Bush by doing what he does best: Turning the attention around on him. 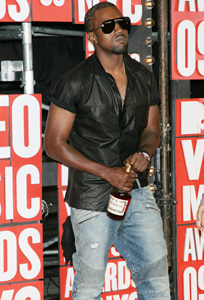 Kanye West has used his God-given gift of making himself into the victim in response to former President George W. Bush basically calling him the worst moment of his presidency.