Fans of Michael Jackson are up in arms about a plan to air an Oprah episode about male sexual abuse victims after an episode about the death of the pop star and his legacy. 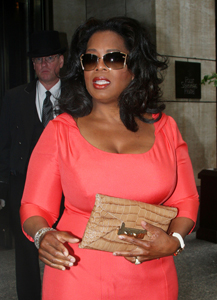 What could be a coincidence is being given greater weight as purposeful because Oprah did the same thing back in 2005 — she aired a show about pedophilia during Jackson’s molestation trial.

This time, the sex abuse show airs on Friday and the Michael Jackson episode airs Monday.

A rep for the Official Michael Jackson Fans of Southern California told TMZ, “We are both angry and disappointed in Oprah’s constant need to reference child molestation shows prior to airing Michael Jackson related episodes. Her tone seems to speak volumes.”

Reps for Oprah’s production company told TMZ, “There is no connection whatsoever between the two shows. This is purely coincidental.”

“How can something so obvious be a coincidence?” wondered the fan club dude.