George W. Bush says the lowest moment of his presidency was when Kanye West called him a racist in the aftermath of Hurricane Katrina. 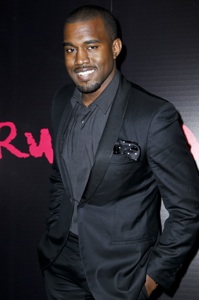 Never mind the actual Katrina event itself, 9/11, the collapse of the American economy or the two wars he started resulting in thousands of casualties — George W. Bush says the worst moment of his presidency was when Kanye West said he didn’t care about black people.

In an interview with Matt Lauer airing next week, Bush said Kanye hurt his feelings.

In his new book, Bush writes, “I faced a lot of criticism as President. I didn’t like hearing people claim that I lied about Iraq’s weapons of mass destruction or cut taxes to benefit the rich. But the suggestion that I was racist because of the response to Katrina represented an all-time low.”

Lauer asked Bush, “You say you told Laura at the time it was the worst moment of your presidency?”

“Yes,” the former president responded. “My record was strong I felt when it came to race relations and giving people a chance. And it was a disgusting moment.”

Bush also doesn’t care what we think, FYI. The interview goes on:

Lauer: “I wonder if some people are going to read that, now that you’ve written it, and they might give you some heat for that. And the reason is this — “

Lauer: “Well, here’s the reason. You’re not saying that the worst moment in your presidency was watching the misery in Louisiana. You’re saying it was when someone insulted you because of that.”

Bush: “No, and I also make it clear that the misery in Louisiana affected me deeply as well. There’s a lot of tough moments in the book. And it was a disgusting moment, pure and simple.”

Know what’s more disgusting? The joke of an initial response by FEMA to the Katrina disaster.

The full interview will air on NBC next week. In the meantime, enjoy Kanye’s original rant from a Red Cross TV fundraiser. The look on Mike Myers’ face is his greatest comedic work yet.