It’s all about birthdays on The Middle and Cougar Town. A road trip and party planning expedition take a turn on Better With You and then Modern Family is hit by a cold and a case of the acting bug. 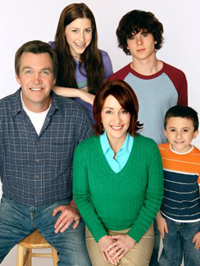 The Middle kicks off the laughs at 8 pm with A Birthday Story. Brick drops a birthday party request in Frankie’s lap at the last minute, but the real trouble comes when he demands to hear the story of his birth.

While Brick tries to uncover this Heck family secret, Axl is facing his own mystery: His ditzy new boss (Sarah Wright) makes him ponder the age old question of whether hotness trumps incompetence.

Cougar Town keeps with the birthday spirit at 9:30 pm in Fooled Again (I Don’t Like It). With Jules’ 42nd birthday upon them, the cul-de-sac crew prepares for her highly competitive annual gift giving contest. No one’s ever beaten Ellie, but this year Laurie and Grayson team up in an effort to finally dethrone her.

Meanwhile, Travis teaches his father all about the Neti Pot, but as is often the case with Bobby, things quickly go wrong.

Better With You sends the guys on a road trip in Better With Road Joel, leaving the girls to do some party planning. Joel, Ben and Casey head to Vermont to get Casey’s stuff and Ben tries to turn it into a bonding experience, while Joel goes on a salt binge.

Finally, on Modern Family, a sick day turns into a boon for Claire when it gives her a chance to bond with Haley. Phil even offers to pitch in and cover his wife’s tasks for the day, but then he gets sidetracked by a battle with a chirping smoke detector. 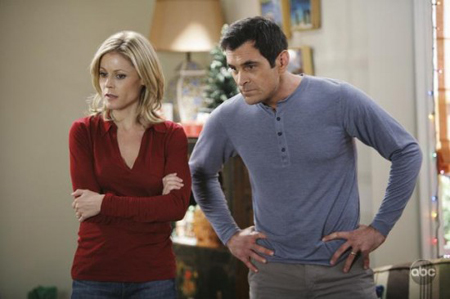 Gloria and Manny’s visit to Jay’s work causes serious drama for Jay and Cameron goes totally Hollywood after he goes behind Mitchell’s back and books Lily for a commercial.

The laughs start at 8 pm on ABC.