Justin Bieber assured concerned fans that he won’t be wearing any of the nail polish bearing the names of his songs. 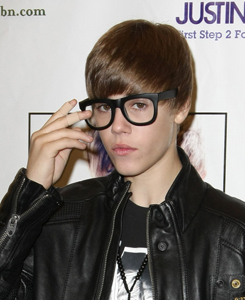 “It’s not really my nail polish line. Like, I think it’s weird to think about that,” he said at an event to promote his assumedly very short autobiography First Step 2 Forever: My Story.

Bieber’s handlers jumped in to stop him from sounding like a complete waste of space with his repeated use of the word “like” and explained that, like, the polish collection, called One Less Lonely Girl from Nicole by OPI, was, like, donating cash to Bieber charity fave Pencils of Promise.

“So do you want me to say that?,” the totally eloquent Bieber asked, then, like, immediately said to a reporter, “Yeah, a portion of it goes to charity, so that’s always good.”

Whatever, Justin Bieber is probably gonna, like, be sporting the red shade OMB! on his toes.