MTV has issued an apology to GLAAD for the use of the term “tranny” on their hit show Jersey Shore. 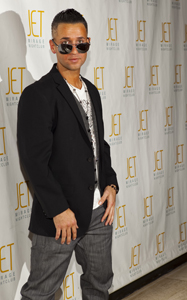 Despite being named by GLAAD as the number one network for gay characters, MTV found itself apologizing to the gay rights group for an off-the-cuff remark made by The Situation on the Jersey Shore season two reunion show.

In what the alliance called “one of the most blatantly transphobic scenes aired anywhere on television in the last few years,” The Situation (Mike Sorrentino) calls a Miami clubgoer a tranny — a term used again later in the segment by show host Julissa Bermudez.

GLAAD considers the term a slur against transgendered people.

“The segment in question was certainly not meant to be insensitive, but in retrospect we realize that it was offensive to some viewers. We sincerely apologize.”

The term tranny is regularly used on other popular TV shows like Project Runway, Rules of Engagement, Saturday Night Live and South Park, as well as by transgendered people themselves. You tell us: Did GLAAD overreact?