Beyonce announces she will premiere the broadcast version of her I Am…World Tour special in a primetime Thanksgiving day special on ABC. 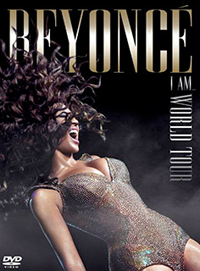 If you are wondering what to watch as your Thanksgiving meal digests, Beyonce just announced she will again take over primetime in her I Am…World Tour special set.

After her successful Thanksgiving day special of her I Am…Yours tour in Las Vegas last year, Beyonce will be coming back for her I Am…World Tour on ABC at 9:30 pm on Thanksgiving Day.

Beyonce‘s Parkwood Pictures produces and directs the show, which features behind-the-scenes footage filming from her laptop. She also shows us her softer side, crying over the fact that she misses her husband, rap mogul Jay-Z, and even creates a “Day-Z” countdown, counting down the days until she sees him. I wonder if she will address those pesky pregnancy rumors?

Her show will feature amazing performances, awesome choreography and a special appearance by Kanye West. Her hubby, Jay-Z, also pops in for a performance. The 90-minute special will include performances from shows in Europe, Asia, South America and the US.

Beyonce’s I Am…World Tour will be sold only at Walmart on November 26.

Check out a sneak peek of her I Am…World Tour here!