The star of Broadway’s The Lion King, Shannon Tavarez, passed away this week after a six-month battle with cancer.

The bright lights of Broadway are a bit dimmer today. 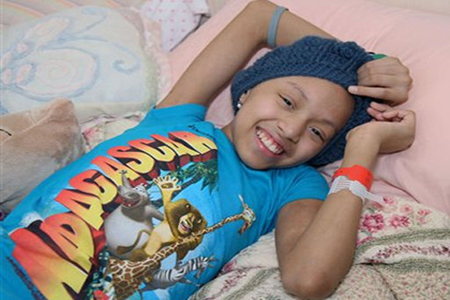 Shannon Tavarez, the breakout star of the Disney musical The Lion King passed away after a battle with cancer, according to Broadway World.

The Queens native, 11, found fame playing the young Nala after winning the role at an open audition at Harlem’s Apollo Theater.

Tavarez made her debut as Nala in September 2009 and performed eight shows a week until she was diagnosed with acute myeloid leukemia in April 2010 after complaining of back and leg pain. Doctors put her on an aggressive chemotherapy regimen over the summer while they attempted to find a donor for a bone marrow transplant.

Celebrities like Alicia Keys and Rihanna attempted to help find a bone marrow match for Tavarez, but no match was found. She underwent an anonymous umbilical cord-blood treatment in August in a children’s ward of a New York City hospital. She was most recently kept in intensive care to try and stabilize her condition, to no avail.

Tavarez spent much of her life pursuing her passion — music. She attended Harlem School of the Arts for vocals and piano since the age of three. Her vocal coach eventually persuaded the soprano to audition for the role of Nala, which she won on the first audition.