Hollywood couples have been biting the dust as of late with the news of Courteney Cox and David Arquette topping the splitsville circuit and being amongst the latest rubble. We’re not sure what to make of the current buzz surrounding Amanda Seyfried and Ryan Phillippe but with all the casualties it’s nice to hear some good news for a change. 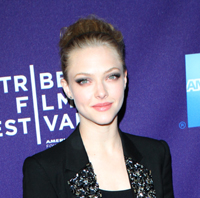 Ryan Phillippe and Amanda Seyfried are the latest blips on the media love radar. But with only some of the evidence in, it’s hard to make heads or tails of this interesting twosome. Let’s take a look at what we do know, and you be the judge — are they getting cozy in the deep end or wading in the friend-zone?

Well, that’s not the only coincidental bash the two were caught at during Halloween weekend. Allegedly, the duo was seen getting up-close-and-personal at an event hosted by CAA’s Todd Feldman in Beverly Hills on October 30.

Twenty-four-year-old Amanda Seyfried reportedly dressed to impress in a dog costume and was heard telling guests, “We’re hanging out. He told me this was a good party.”

Was Amanda playing coy or was it really just two friends enjoying a fright-night weekend?

To further stir the pot, an eyewitness is claiming she was being “flirty.” The eyewitness added, “She was listening to him and talking close but no making out. She seemed intrigued by him.”

Just when we thought we were getting closer to the truth — but we get mixed signals. 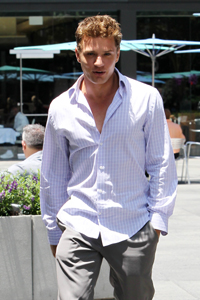 Thirty-six-year-old Ryan Phillippe went for the go-to costume of everyone’s choice, Star Wars favorite, Obi-Wan Kenobi. Another watcher told a version from Phillippe’s side. According to the onlooker he “was being extra friendly and spirited. I’ve never seen him in such a good mood. He looked cute and was smiling a lot.”

Another source said, “They definitely hit it off.”

At the end of the weekend, X17 confronted Amanda Seyfried about her relationship with Ryan Phillippe only to be dodged with this: “You never know.”

Clever, you two, clever. Looks like we’ll have to wait and see with the rest of the world to find out if this was just a couple of friends sharing a fun holiday or the start of a beautiful Tinseltown power couple.