Forget the treats: Halloween 2010 had moviegoers in the mood for some tricks and screams this weekend. The seventh and final chapter of the Saw franchise was the weekend’s big winner, with Paranormal Activity 2 in a close second. 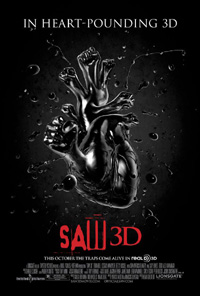 Saw 3D won at the box office this weekend, banking $22.5 million. That’s a decent figure, considering the last installment crashed into theaters with only $14.1 million, but is it enough to bring Saw back from the dead?

In a genre where evil never really dies, the Saw franchise has earned a total of $763 million worldwide, according to the Hollywood Reporter. Saw 3D was billed as the final chapter, but there seems to still be blood left in the screamfest, so SheKnows imagines a Saw VIII isn’t out of the question.

Last week’s winner Paranormal Activity 2 continued to woo moviegoers in with the promise of screams. This weekend’s $16.5 million brings the sequel up to $65 million, making it Halloween 2010’s big winner.

The action comedy Redjumped in front of Jackass 3D to maintain its place in the top three for another week, with $10.8 million. Bruce Willis, Mary-Louise Parker, Morgan Freeman and Helen Mirren are holding at a slow burn, with $58.9 million banked so far.

While Jackass 3Ddropped to fourth, the $8.5 million weekend brought Johnny Knoxville, Bam Margera, Steve-O and friends up to the $100 million mark. The prankfest has banked $101.6 million in the US so far.

Hereafter took fifth place with $6.3 million. Neither the Halloween-appropriate life-after-death premise nor the names Clint Eastwood and Matt Damon could make this movie a big winner, but it has managed to eke its way into the top five two weeks in a row.

Secretariat stayed in sixth place with $5.1 million, while The Social Network dropped two spots to come in seventh with $4.7 million. The Facebook film is just shy of hitting the $80 million mark. Life as We Know It came in eighth with $4 million.

Ben Affleck’s The Town closed out its seventh week in theaters with $1.95 million to come in ninth, while Conviction climbed from 25th place to take the final spot in the top ten with $1.8 million. 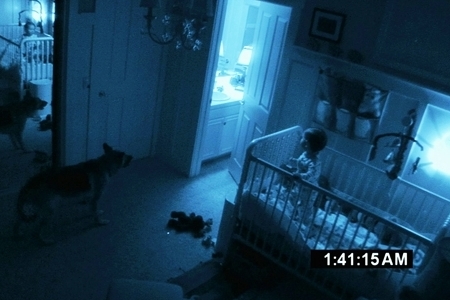 With Halloween officially behind us, next weekend offers a slew of new releases, big and small.

Due Date, For Colored Girls and Megamind 3D hope to make big impacts on next week’s box office race; while limited releases entering the fray include 127 Hours, Client 9: The Rise and Fall of Eliot Spitzer, Fair Game, Four Lions, Making the Boys, Red Hill and William S. Burroughs: A Man Within.