Friends of Charlie Sheen say they’re afraid the actor will be dead in weeks, but his manager says they’re out of their minds. 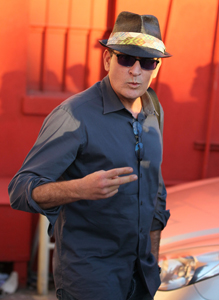 Despite rumors that Charlie Sheen is on a drug-fueled hooker rampage and knocking on death’s door, the Two and a Half Men star’s manager says nothing could be farther from the truth.

RadarOnline quoted a close friend of Charlie’s as saying, “Charlie Sheen is going to die this week.”

And by “close friend” they mean “the phone operator at the Psychic Friends Network.”

“It’s been a non-stop party of drugs and hookers since Charlie got home,” a source told RadarOnline.com. “He is completely out of control. No one can get through to him.”

But Charlie’s manager is singing a different tune. Mark Burg tells TMZ the rumors are nothing more than “reckless lies.” In fact, Burg says when he heard the rumors he went straight to Sheen’s house to do a welfare check and found him sitting on the couch eating a turkey sandwich — and none too pleased that Burg let himself in. “Way to knock, dude,” was Charlie’s greeting.

Burg says when he relayed the rumors, “Charlie looked at me like I was nuts.”

Burg added, “He looked as normal as he’s looked in a long time.”

Sheen is expected on the set of Two and a Half Men on Tuesday.