From Heidi Klum’s annual Halloween bash to trick-or-treating with the family, celebrities went all out this year! Check out our pick of the top celebrity Halloween costumes.

Heidi Klum looked amazing at her annual Halloween party at Lavo in NYC. She explained that she is an 8-foot-tall robotic superhero, while her husband, Seal, is the Silver Surfer. 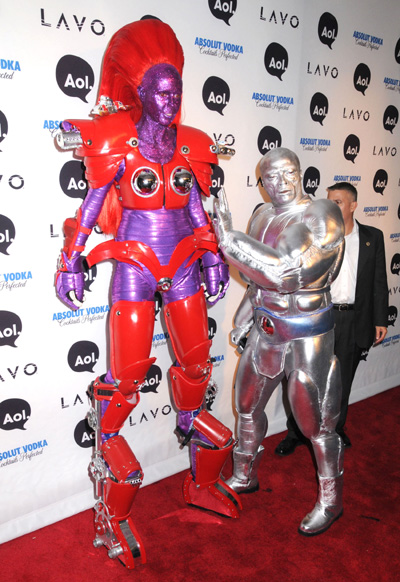 “I wanted to be like an alien transformer,” she told Us Magazine.

“It took a few hours [to get ready], but I was well-prepared because someone has been building it for me for quite some time, so when the time came, I just put it on. But the makeup, that took a little while longer!”

More: Heidi and Kim in the Beauty Battle of Hollywood’s Halloween Divas >>

Kim Kardashian is Little Red Riding Hood at Heidi Klum’s annual Halloween bash at Lavo in New York. I wonder who will be her wolf?