Celine Dion has revealed the names of her twins, along with some more sobering information that she was expecting triplets. 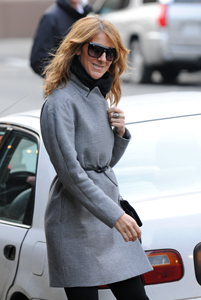 Celine Dion has revealed the names of her brand new twin boys: Eddy and Nelson.

The names were drawn from a close friend and a world leader. Eddy Marnay produced Celine’s first five albums, and Nobel Peace Prize recipient Nelson Mandela is a hero of Celine’s.

Eddy and Nelson have joined nine-year-old brother Rene Charles at Celine’s Jupiter, Florida compound, after leaving the hospital on Wednesday, but the singer has revealed she was supposed to have triplets. Sadly, she lost one.

“He chose to let go to give space to his brothers to grow,” said the 42-year-old mom.

Celine has struggled for years to become — and remain — pregnant. Dion’s twins were conceived after six rounds of in vitro and a miscarriage.

Celine plans to return to Las Vegas in March 2011 to begin a three-year residency at The Colosseum at Caesars Palace.

read on for more celine dion