The Project Runway season eight finale crowned Gretchen Jones the winner, over fan favorite Mondo Guerra. Did the judges get it right? 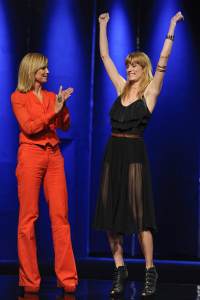 Mondo, who many thought would win Project Runway, showcased his final collection of his signature bold prints and colors earning him the second place spot, while Andy South came in third.

Judges Klum and Simpson loved Mondo’s collection, however, Garcia and Kors thought it was too costume-like. “I personally would buy more pieces from Mondo,” said Simpson. “I don’t think it looked like a circus.”

Did the right designer win?

After heated debate and what judges called the “toughest decision in Project Runway history,” Klum announced Gretchen as the winner of season eight Project Runway. They said her collection was on-trend and sellable.

“My God, I needed this so bad, in so many different ways,” Gretchen said, in tears. “And I certainly know that Mondo and I gave them hell. Now I truly feel like I’m supposed to be doing what I’m doing.”

Mondo took his loss well. “I honestly believe everything happens for a reason,” Mondo said. “I didn’t win Project Runway but I won so much more.” 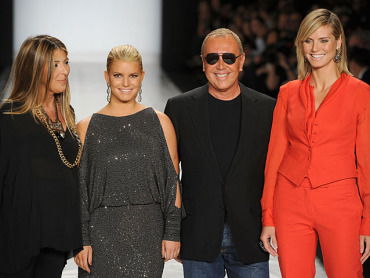 Gretchen Jones, 28, wins $100,000 from L’Oreal Paris to help start her own fashion line, as well as a fashion spread in Marie Claire magazine. She will also win a $50,000 technology suite by HP and Intel to help her run her business and she will be selling her line on Piperlime.com.

Gretchen’s model, Millana Snow, gets to appear in the Marie Claire editorial feature and will win $25,000 from L’Oreal Studio Secrets Professional.

It also sounds like Gretchen already has a celebrity fan — Ashlee Simpson. “Your designs are amazing and I can’t wait to buy them,” said Jessica Simpson, “and I know that my sister [Ashlee Simpson] is going to rock them impeccably.”

Tell us: Do you think Mondo or Andy should have won?