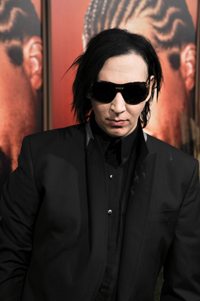 The couple met at a recording studio where English was recording her debut album.
“Marilyn Manson inspires and supports me in my music. He has made me feel comfortable and beautiful with who I am as an artist and as a woman,” English said.

English took to her Twitter account to deny rumors she is dating Manson. “Marilyn Manson has been a great source of encouragement to me musically. Like a brother-sister. We are only friends. As an artist in her bloom I’ve needed someone to look to. Why not one of the best? My only relationship is music. Just friends. Just friends. Just friends, but thanks for the flattery.” 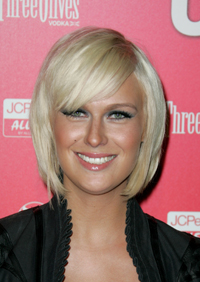 Sources insist that, despite her denial, they are dating. “They’ve been seeing each other ever since they met. She loves how different he is,” insiders tell Life & Style magazine.

In fact, friends say she dyed her hair dark and recorded a cover version of Manson’s Coma White.

English did post the picture of her darker hair (which she reports she has since dyed back blond) that she tweeted her “friend Marilyn Manson took this of me in his studio.”

read on for More Marilyn Manson