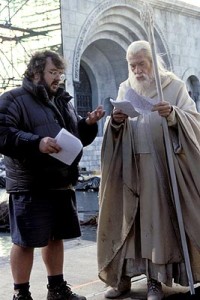 The deal, which gives the Peter Jackson production an extra $20 million tax break and offsets $10 million in marketing costs, is already facing heavy criticism but that really seems beside the point to us.

Do you have any idea how much money the Lord of the Rings films earned New Zealand? Between the production and tourism dollars it generated, who cares if the studio gets a fat tax break? The country will make it back hand over fist.

In casting news, Martin Freeman, from the original UK Office, has been tapped to play Bilbo Baggins and Richard Armitage, best known for the BBC series MI-5, created a ton of online chatter by landing the role of Thorin Oakenshield, a leader of the dwarves, mainly because it’s a role most people expected to go to someone squat, white haired and gruff, not handsome and brooding.

The two Hobbit films will be shot simultaneously beginning in February.