Conan O’Brien told Rolling Stone being fired from The Tonight Show was like being in a car crash. 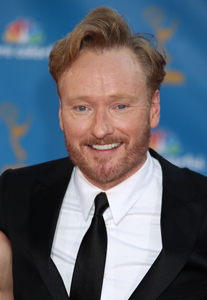 If you need a lesson on how to turn lemons into lemonade, Conan O’Brien is your man.

O’Brien, who was unceremoniously dumped from his dream job as host of The Tonight Show by NBC when Jay Leno decided he wanted back in, turned a career humiliation into a career renewal — because everybody loves the underdog.

In an interview with Rolling Stone, Conan finally broke his silence on what the subsequent days and weeks were like.

“I felt like I’d just been in a car accident,” O’Brien said. “Like a crazy mix of elation, anger, sorrow. Confusion was a big one.”

The public immediately rallied around O’Brien upon the first hint of trouble with NBC, embracing a huge unofficial I’m With Coco campaign. When O’Brien quietly and informally announced a summer comedy tour on Twitter it sold out in hours with no traditional marketing effort.

Now Conan is gearing up for his new show and is fighting NBC for bits he sees as his own intellectual property.