In Avatar, James Cameron’s initial voyage to Pandora banked $2.8 billion worldwide, while introducing a whole new level of 3D technology to the masses. Now, Cameron and the Avatar team have officially signed on for two more installments, with Avatar 2 and Avatar 3 slated for release in December 2014 and December 2015.

James Cameron and Fox held the title of the top-grossing film of all time with Titanic for years, but their movie Avatar blew that record away. Cameron’s 3D tale of the Na’vi grossed $760.4 million domestically and $2 billion overseas and also went on to become the top-selling Blu-ray of all time. 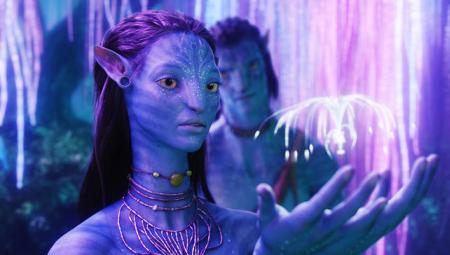 After much chatter and speculation, it’s official: Cameron and his production partner Jon Landau are teaming up with Fox yet again. A deal has been made for two more installments of Avatar, which will no doubt aim to beat out the first.

“It is a rare and remarkable opportunity when a filmmaker gets to build a fantasy world, and watch it grow, with the resources and partnership of a global media company,” Cameron said in a statement.

“Avatar was conceived as an epic work of fantasy — a world that audiences could visit, across all media platforms and this moment marks the launch of the next phase of that world. With two new films on the drawing boards, my company and I are embarking on an epic journey with our partners at Twentieth Century Fox. Our goal is to meet and exceed the global audience’s expectations for the richness of Avatar‘s visual world and the power of the storytelling.”

Cameron is set to begin writing the Avatar sequels early next year, but has yet to decide whether he will shoot Avatar 2 and Avatar 3 back to back or take breaks in between production, according to Variety.

“In the second and third films, which will be self contained stories that also fulfill a greater story arc, we will not back off the throttle of Avatar‘s visual and emotional horsepower, and will continue to explore its themes and characters, which touched the hearts of audiences in all cultures around the world,” Cameron added. “I’m looking forward to returning to Pandora, a world where our imaginations can run wild.”

Though the second and third installments are set to be “self contained stories,” it sounds like we’ll see some of the same characters, but no word yet on whether Avatar stars Zoe Saldana, Sam Worthington, CCH Pounder, Giovanni Ribisi, Sigourney Weaver, Stephen Lang or Michelle Rodriguez will make returns.

Also no word on what this Avatar news means for Angelina Jolie’s 3D Cleopatra, which Cameron was eyeing as his potential next project. If Cleopatra doesn’t move forward without him, perhaps he can lure in Jolie for Avatar 2 — she’d make a great Na’vi!