Charlie Sheen was taken to the hospital after a drunken rampage in his NYC hotel room. Can he overcome his addictions to drugs and alcohol once and all? 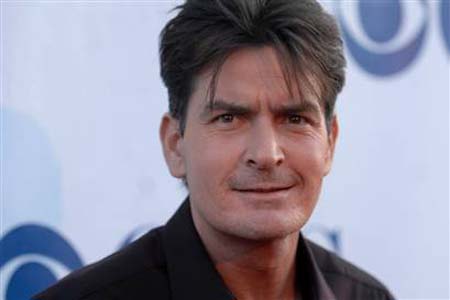 Sheen was reportedly taken into custody by the NYPD after causing a ruckus in the room. He was taken to a hospital with what his personal rep is calling “an allergic reaction to medication.”

The Two and a Half Men star is no stranger to booze, drugs and the law. His bad-boy ways are infamous in Hollywood, and it seems that Sheen can’t shake his addictions no matter how hard he tries.

That’s why it’s unlikely that this morning’s commotion was really a result of medication. Sheen has battled with alcohol for more than two decades — causing more than one arrest and mandated jail time.

He just finished up another stint in rehab earlier this year, required of him after a violent altercation with his now ex-wife, Brooke Mueller.

Can Sheen get help?

Sheen has a successful show, beautiful children and razor-sharp wit that makes him one of the most sought-after actors in Hollywood. Many took this as a positive sign in his battle against drugs and alcohol — though today’s incident proves that he’s still struggling with the disease.

He’s been in and out of rehab so many times that it’s hard to keep count. At what point do people throw up their hands and consider him a lost cause? We’re sure that Sheen wants to overcome his addictions — otherwise he wouldn’t have pursued treatment. Unfortunately, it appears that the addiction is still winning.

Hopefully, this time, he can get the right kind of help and figure out what really causes his addictions. After all, we love his work and he has children that need him around as they grow up.

Sound off: Do you think Charlie Sheen can overcome his addictions once and for all?