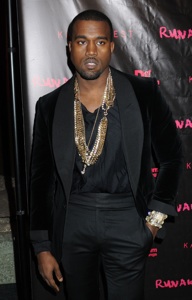 Kanye West does nothing by halves, and his new short film Runaway is no exception. The 35-minute movie is one long music video for a bunch of songs off his upcoming album My Beautiful Dark Twisted Fantasy, and features Victoria’s Secret model Selita Ebanks in a weird bird costume.

The best we can make out is that Kanye falls in love with this bird thing that’s supposed to be a phoenix, we think, but no one likes her because she’s different. And then she leaves.

Critical opinion is mixed. “Runaway is pure art,” says Erika Ramirez, Managing Editor of Honey Mag. ” ‘Ye is brave to open himself up to criticism [and] misunderstanding all for the opportunity to share his genius with us. It’s a 35-minute peak [sic] into the way his mind works. Each sequence is entrancing and strengthens the music.”

Odell Hall, Editor-in-Chief of PlanetIll, was not such a fan and said, “On face value, it’s a vanity project and a faux high art version of Streets is Watching [by Jay-Z] where the movie only exists as a vehicle to showcase the music. Once you watch it more than once, and that’s not easy to do, you realize that he is trying to express himself. Kanye wants it both ways. He wants all the attention that fame brings but none of the responsibility that the spotlight carries.”

Love it or hate it, one thing’s for sure: Kanye can run pretty fast but he’s a terrible actor.