The first trailer from Justin Bieber’s behind the scenes concert movie has landed. Never Say Never 3D doesn’t hit theaters until February 2011, but you can get a sneak peek at the Bieber documentary now at SheKnows!

Never Say Never promises to give Justin Bieber fans around the world an exclusive VIP backstage pass into the life of Bieber, so it’s no surprise the new trailer highlights the very fans who lifted the singer onto the big stage. 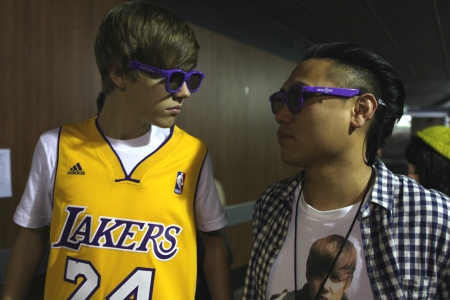 The trailer, which Bieber premiered at his LA concert at the Staples Center on October 25, actually starts with some clips of baby Bieb long before driving age.

“I’m Justin and this is how I drum!” says the adorable pop star in the making.

The cutie flashbacks are followed by words from his old school fans, including Usher and pal Jaden Smith, along with some backstage and concert footage.

The overriding message, beyond a definite appreciation for the fans who discovered him, is that superstar Bieber is just like any 16-year-old out there and just as he was able to get out of his little room and into the big world, so can you. 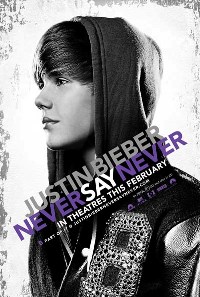 In line with that, Bieber made sure 500 special underprivileged kids had the opportunity to feel lucky for a night by handing out tickets to his sold-out Los Angeles concert.

At Variety‘s Power of Youth event Sunday, he surprised everyone by donating tickets to five of the organizations being honored, including Pencils of Promise, GirlUp and All It Takes.

“I know what it’s like to have some tough times so I hope those tickets make u kids coming smile a little. Gonna be a fun show,” Bieber promised via Twitter. “We are gonna kill it at Staples Center.”

Of course, being a big star isn’t all glam, glitz and gifting, which will surely also factor into the upcoming documentary. Case in point, Bieber also took to Twitter yesterday about a recent round of gossip.

“Been seeing all these rumors out, about stuff that happened and things Ive said or that Im doing,” he tweets. “If you dont hear it announced by me on this twitter @justinbieber then 99% of the time chances are it isnt true. sometimes you just gotta take the high road. but Im not changing who I am and Im not forgetting where I came from or who got me here.”

In the meantime, enjoy the Never Say Never 2D trailer!