Halloween may be this weekend, but the tricks and treats have already hit your television from Glee, NCIS, The Middle, Modern Family and Shrek himself. Here’s a rundown on where to get your Halloween fix, while also scouting for last minute costume ideas! 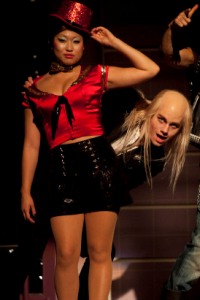 There promises to be tons of Halloween fun on your boob tube this week. While your fave morning shows and game shows get their costumes on, networks like ABC Family, AMC, FX and Syfy have lineups of great horror flicks, but what about getting your primetime fix?

Halloween already hit Parenthood last week, but there’s more to come. Here’s a lineup on what spooktacular fun you can expect from Glee, Modern Family, The Vampire Diaries, Private Practice and more!

NCIS: Cracked — 8 pm on CBS
DiNozzo’s latest fling leads to an interesting Halloween and the team worries about Abby’s connection to their latest victim. Delving into the mind of a brilliant naval scientist, Abby becomes fixated on solving her murder. 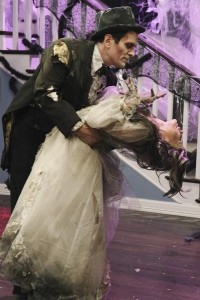 The Middle: Halloween — 8 pm on ABC
Frankie is thrilled when she’s invited to an adult Halloween party, but can she get Mike to dress up in a costume or will he have his own idea of fun? Sue gets a boost when she learns Reverend TimTom is back in town to host a Halloween church event; things don’t go as planned for Axl, his friends or their dates as they head to an exclusive haunted house party; and Brick chooses a Halloween that doesn’t quite read.

Better With You: Better With Halloween — 8:30 pm on ABC
Halloween birthday girl Maddie feels the holiday always steals her spotlight, so Mia and Casey offer to give her a Halloween-free party at their new home.

Modern Family: Halloween — 9 pm on ABC
Claire loves Halloween and is gearing up to spookify the Dunphy house for the trick or treaters. Everyone in the clan has a role to play, but none of it goes quite right. Plagued by a traumatic childhood experience, Cameron hates the holiday, while Mitchell has had a terrible day at work and Gloria acts weird after Jay and Manny tease her about her accent.

Cougar Town: You Don’t Know How It Feels — 9:31 pm on ABC
Jules is determined to connect with her dad — so much so that she gives into dressing up for Halloween, his favorite holiday; while Laurie reminds Travis how much fun Halloween is.

Criminal Minds: Devil’s Night — 10 pm on CBS
The BAU team must find a killer who has struck Detroit for the past three years during the raucous pre-Halloween celebration. Ernie Hudson (Ghostbusters) guest stars. 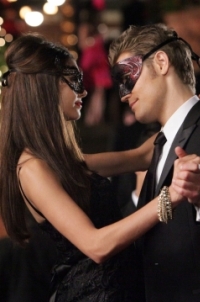 It’s the Great Pumpkin, Charlie Brown! — 8 pm on ABC
ABC is airing this animated classic on both Thursday and Friday.

The Vampire Diaries: Masquerade — 8 pm on CW
It’s masquerade mayhem when Stefan (Paul Wesley) and Damon (Ian Somerhalder) come up with a new plan to deal with Katherine (Nina Dobrev). Katherine, who calls on her old friend Lucy (Natashia Williams) to party with her, has her own surprise planned.

Community: Epidemiology — 8:30 pm on NBC
Zombie invasion! When Pierce (Chevy Chase) and other Greendale students ingest a bio-hazard substance at the school Halloween party, they exhibit flu-like symptoms and then turn into zombies. It is up to the rest of the gang (Joel McHale, Allison Brie, Yvette Nicole Brown, Donald Glover, Danny Pudi, Gillian Jacobs and Ken Jeong) to save themselves and the school when Dean Pelton (Jim Rash) locks them in with the zombie-infected student body.

The Office: Costume Contest — 9 pm on NBC
Dunder Mifflin employees get keyed up over the office costume contest; while Darryl (Craig Robinson) goes over Michael’s (Steve Carell) head with an idea and Pam (Jenna Fischer) tries to get the truth about their dating history out of Danny (guest star Timothy Olyphant).

Outsourced: Bolloween — 9:30 pm on NBC
The cross-culture laughs continue when Todd (Ben Rappaport) tries to explain Halloween to his Indian employees. He even plays a few pranks and throws a costume party.

Private Practice: All in the Family — 10 pm on ABC
Private Practice won’t get overly spooky, but in the wake of Pete’s big reveal about his family, Violet and Pete make the most of their first Halloween with Lucas.

Sunday October 31:
Extreme Makeover: Home Edition — 8 pm on ABC
Famed horror director/heavy metal man Rob Zombie hits Salem, Oregon, to check out the Oregon School for the Deaf (OSD), where the students always makes a killing with their annual Nightmare Factory fundraiser. The EM:HE design team had seven days to clean up OSD’s dangerous basement and get it tricked out for the big event. Marlee Matlin makes a surprise appearance. 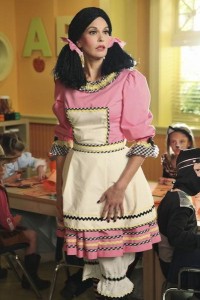 Desperate Housewives: Excited and Scared — 9 pm on ABC
As Halloween approaches, Susan is forced to reveal her secret sexy Internet side job to a shocked Mike; Juanita becomes suspicious of Gabrielle’s sudden interest in Grace; Lynette is concerned about Tom’s mother’s (Lois Smith, True Blood) memory lapses; Bree learns a secret about Keith (Brian Austin Green) and Paul is encouraged to take wife Beth (Emily Bergl) out on a date.

The Walking Dead — 10 pm on AMC
Based on Robert Kirkman’s hit comic book series, The Walking Dead tells the story of life after the zombie apocalypse. Premiering on Halloween, the new series promises to be an epic, edge-of-your-seat drama where personal struggles are magnified against a backdrop of moment-to-moment survival.

Monday November 1:
How I Met Your Mother: Canning Randy — 8 pm on CBS
HIMYM always delivers on Halloween, but this year, the episode comes after the holiday. Marshall and Lily spot Robin marching in the Halloween parade of shame, while Zoey (Jennifer Morrison, House) enrolls in Ted’s class and causes mayhem. Laura Bell Bundy and Will Forte guest star.

Sunday November 7th:
Fox’s animation quartet gets into the holiday action a bit late this year. The Simpsons‘ Treehouse of Horror XXI promises appearances from Daniel Radcliffe (Harry Potter) and Hugh Laurie (House); The Cleveland Show spoofs a classic in It’s the Great Pancake, Cleveland Brown; Family Guy covers everything from tricks to treats to high school Halloween parties on Halloween on Spooner Street; and American Dad sees Stan and Francine go overboard in their efforts to out-haunt their neighbors in Best Little Horror House in Langley Falls.