Paranormal Activity 2 won the weekend box office battle. With Halloween almost upon us, moviegoers were looking for a few good screams. That didn’t, however, do much for Matt Damon’s drama about death, Hereafter. 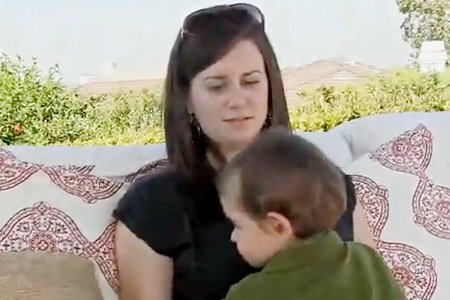 The budget for Paranormal Activity 2 remained small, at only $3 million, but this time, there was no incremental release. The sequel opened with a full scale release the weekend of October 22 to bank $41.5 million and take the number one spot at the box office.

After this massive opening weekend, there’s already talk of yet another installment of the home movie style freakfest. “The company is certainly going to take a look at making a third, but will be exceedingly careful in how to go about it,” Paramount exec Don Harris said.

Jackass 3D took the number two spot with $21.6 million. There were predictions turnout would fall after last weekend’s big win, but another weekend near the top brings the goofball stunt movie up to $87 million! Needless to say, we can expect another installment of this one, as well.

Hereafter didn’t get the pre-Halloween boost it was hoping for, but did make the top five. Clint Eastwood’s drama about life after death came in fourth place. Even with Matt Damon in the cast, it only banked $12 million, but Warner Bros has hopes for a slow, strong build in numbers in coming weeks.

The Social Network took fifth place, with $7.3 million. That brings the Facebook movie starring Jesse Eisenberg and Justin Timberlake up to $73 million since its breakout weekend.

Secretariat came in sixth with $6.9 million, just beating out Life as We Know It, which banked $6.2 million. Legend of the Guardians: The Owls of Ga’Hoole came in eighth with $3.2 million, bringing the total take up past the $50 million mark.

Halloween weekend offers more scares in the theaters. Saw VII 3D and Night of the Demons will hit theaters Friday, along with the limited releases Monster, Welcome to the Rileys and Wild Target.