Liam Neeson will replace Mel Gibson in The Hangover 2. 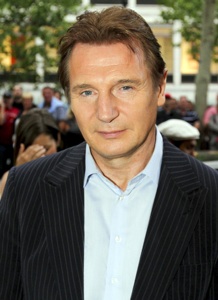 Liam Neeson is taking over the small role vacated when Mel Gibson was canned from The Hangover 2.

After a huge backlash by cast and crew, Mel Gibson was fired from his small surprise role as a crazy tattoo artist in the follow-up to The Hangover. Enter Liam Neeson — not coincidentally, Bradley Cooper’s costar in The A-Team.

Neeson told Variety, “I just got a call to do a one day shoot on Hangover 2 as a tattooist in Thailand, and that’s all I know about it. I just laughed my leg off when I saw The Hangover, I was shooting in Berlin earlier this year and rented it on the hotel TV.”

Word is he got the recommendation from Bradley Cooper, who stars in the flick with Zach Galifianakis, Justin Bartha and Ed Helms.

Interestingly, Neeson and Gibson share a publicist who seems none too pleased by the whole situation. Alan Nierob told TMZ Neeson is a lock, “Pending clearance of cast and crew background check.”