One of the stars of the controversial reality show Sister Wives has lost her job, while the husband was given full support at his.

The family of the disturbingly fascinating reality show Sister Wives braced themselves for the scrutiny that came along with publicizing their once-secret lifestyle, but there was one thing they weren’t prepared for: Meri was fired from her job as a mental health professional. 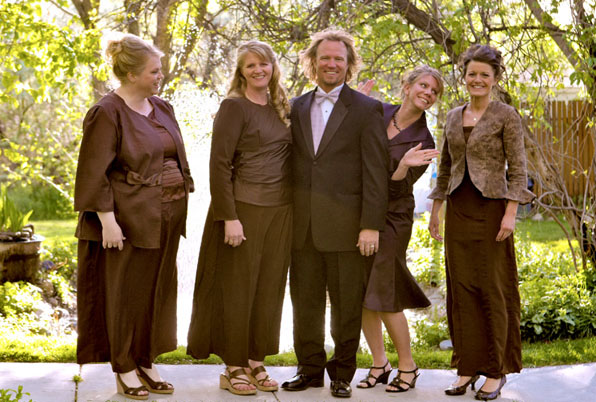 “They felt that they needed to protect the company, I think,” Meri said. “It actually makes me really sad because I loved my job. It breaks my heart, definitely. But I understand where they’re coming from.”

Interestingly, Kody Brown had the exact opposite experience at his job. “I’ve been in this career for about 10 years, and I’ve been fairly private about it,” Brown said. “I had good friends. They understood me, and I was their token polygamist friend. Eventually, the entire company found out that I was [a polygamist], and the tolerance and acceptance has been beautiful.”

Maybe he can get Meri a job.

So tell us: Is this a case of blatant sexism — a woman gets punished for doing the same thing a man is rewarded for — or are Meri’s former employers the only sane ones in this story?