The Erin Andrews peephole video is again making waves on the web after a gossip blog reposted it this week. What is Andrews and her team doing to squash the video?

Related story Erin Andrews Opens Up About 7th IVF Round: 'I Am Not Ashamed' 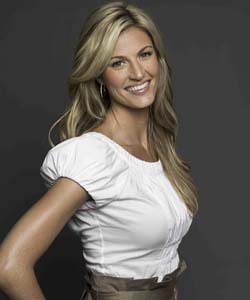 The Erin Andrews peephole video is circulating again on the web, thanks to a gossip website known for its viscious taunting and belittling of celebrities and non-celebrities alike.

The ESPN sports reporter and former Dancing with the Stars contestant finally started to put the whole ordeal behind her after stalker Michael David Barrett was sentenced to 30 months in prison. Barrett recorded video of Andrews changing in her hotel room.

The video that won’t die

Now, it’s back after The Dirty posted it earlier this week. The website reportedly received a cease and desist letter from Andrews’ lawyers to delete the video and any mentions of it from The Dirty.

Instead, blogger Nik Richie did the opposite — he put up a new post about it, complete with stills from the peephole video.

“Erin Andrews, can you ask your lawyers if this is the post they want me to take down because I am confused? Welcome back to reality? your fault.- nik,” he wrote in the post.

Last year, Andrews told Oprah that the whole stalking incident was a “nightmare” and that she was afraid the video would ruin her successful sports journalism career.

Take it Down, Richie

We hope that The Dirty will realize what a mistake this was — but we doubt it. Richie knew this sort of thing would cause a firestorm and create a ton of free traffic for his site. If he had to do it at the expense of someone who was stalked and harrassed, so be it.

It’s just wrong, and we hope Andrews and her legal team is figuring out a strategy to combat this.

As for The Dirty? Grow up. Didn’t you hear that cyberbullying isn’t cool anymore?