Hereafter was a serendipitous filmmaking experience for Matt Damon. After working with director Clint Eastwood on Invictus, Damon was eager to return to an Eastwood set. With Hereafter, Eastwood had his next project. The only issue for Damon was when Eastwood was filming, he was busy on another movie. Speaking volumes about Eastwood’s opinion of Damon’s acting, the director made it work.

Eastwood’s Hereafter stars Damon as George, a man who has an unusually astute ability to communicate with the dead. In Hereafter, Damon helps three sets of characters that are impacted by death in varying ways. The three people are found across the globe and are moved by their own death experiences and turn to Damon to find answers and in some cases, closure. 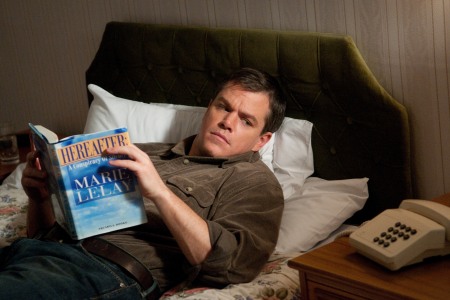 Hereafter brings these three different paths together in Eastwood’s usual impeccable moviemaking style. Damon, for one, was sold on the project as soon as he read the script. Regardless of Eastwood’s connection, Oscar-winner Damon couldn’t get the story out of his head.

Damon sat down recently in New York City to discuss his latest venture into the world of Clint Eastwood filmmaking and whether audiences will see a Matt Damon-directed film anytime soon.

SheKnows: Now I heard that you were almost not in this movie. How on earth did you and Clint make it happen?

Matt Damon: That was after a long, prolonged lobbying campaign [laughs]. Some begging too, I’m not afraid to tell you that I begged Clint. There was a few week stretch there where I thought — because at first, he wanted to go in the fall and I was busy in September, October, November and December — I couldn’t get free because I was on another movie. I said, “I can do it in August. I can do it in January [laughs], just not those four months.” Clint said, “No, the train has kind of left the station. We’re going.” I was crestfallen obviously. I was really bummed. Then he figured out a way to shoot the rest of the movie and just fit me in in January.

SheKnows: What is it about Clint Eastwood that after Invictus, you had to be a part of his next film? 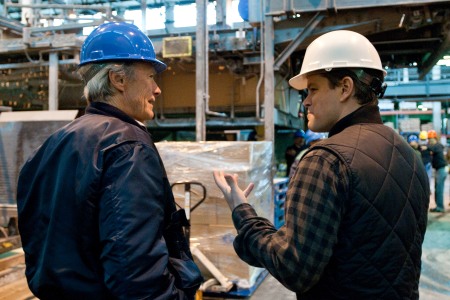 Matt Damon: He’s a great actor. He knows how to create an environment for his actors. He trusts his actors. He trusts everybody that he works with, he gives them all leeway to do their best work. He creates an environment where he can do it. He doesn’t beat you to death with it either. So, you have plenty of time to prepare, come in and be ready. It’s a blissful experience.

SheKnows: Your character George is different than any you’ve ever played. What about him and the project compelled your participation?

Matt Damon: There’s a lot going on with this guy. It’s a very subtle performance. When you have Clint Eastwood directing you, you trust that it will all come through. I just felt lucky to get the job, really. Seriously, it’s true. Jobs like that don’t come along that often when you’re working with a master director and with a beautiful script and a terrific role — it does not feel like work. 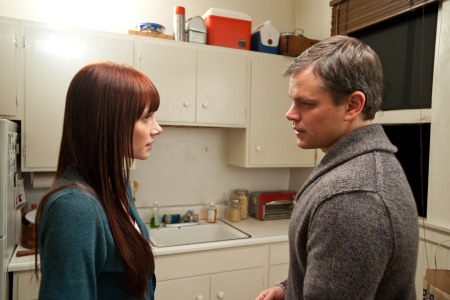 SheKnows: You’ve mentioned the script and how you were blown away by it. In what way?

Matt Damon: It was a terrific script. It’s just beautifully written. It was really tight. It read like a play in a sense where sometimes when you do a play, you explore the material, every answer is there. Normally I am somebody who does a lot of research and with this I didn’t feel I had to. It was really all on the page.

SheKnows: Your character sees what he can do, in terms of speaking to the dead, as a curse, not a gift. Did you meet with or ever use a psychic in your life?

Matt Damon: No [laughs], but I’m completely open to it. If I was referred to somebody, I certainly believe that it is possible. If somebody could do what George does and connect you to somebody who has passed on, I’d be very interested in that.

SheKnows: Anyone in particular? 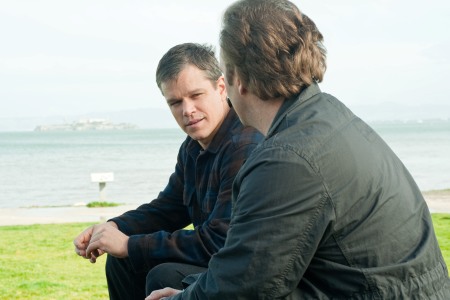 when Will Damon direct?

SheKnows: You have worked with some amazing directors such as Eastwood, but also Martin Scorsese…and your best friend Ben Affleck just rocked directing The Town. Any plans for you to direct?
Matt Damon: I hope so. I’m looking for a good piece of material. I just keep getting sidelined by these great jobs [laughs]. Again, I keep learning stuff from these great directors.

SheKnows: What type of film would you direct?

Matt Damon: My dream would be to be like Clint. I think what makes his career so amazing is you can’t say what kind of movie he directs. They’re all so different. He loves telling good stories. In that spirit, I’m open to anything that gets me somehow. 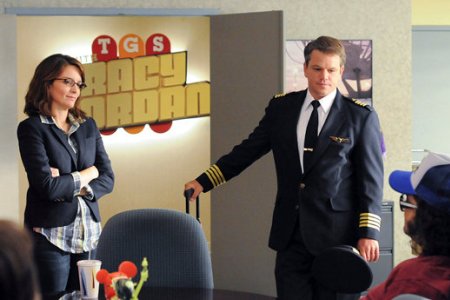 SheKnows: All your roles are amazing, but how fun is working with Tina Fey on 30 Rock? Are there any more movie comedies from you coming our way?

Matt Damon: That is a lot of fun. As far as movies, there’s a group of people who have those movies on lockdown. You got to get invited into that group. They’re hard to find.