Eva Longoria is okay after a car crash in Hollywood left her wheels spinning. 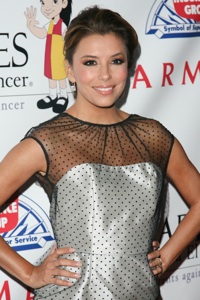 Law enforcement officials told TMZ that the smash-up occurred when another car unexpectedly turned in front of Longoria on Hollywood Blvd. Longoria was unable to avoid the other car and smash!

Luckily, neither Eva nor the other driver was seriously hurt. No one went to the hospital, although reports are that “very minor injuries” were sustained. The accident is under investigation, but early word is that Eva won’t be cited.

This isn’t the first time Longoria has been involved in a car crash: In 2006 the Range Rover she was riding in hit a Ford Taurus while she was on her way home from Ken Paves’ salon.

Longoria’s rep had no comment on the crash. The actress’ LA restaurant Beso is near the crash site — was she on her way home from dinner?