The arrival of a Josh Groban CD is always welcome news and with his latest, Illuminations, Groban is making history. The renowned singer paired with super-producer Rick Rubin for his latest CD and the producer also insisted someone with Groban’s melodic mastery should be writing his own songs. So, Groban composed eight tracks for his new record, Illuminations, which arrives November 15. 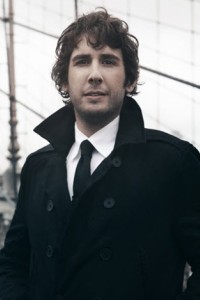 The big break for Josh Groban arrived in the most unlikely of circumstances. Producer and composer David Foster learned of Groban through a tape that had fallen into his hands. Before Josh Groban even had an album, in 1998, Foster asked Groban to fill in for an ailing Andrea Bocelli at a Grammy rehearsal of Bocelli’s song with Celine Dion, The Prayer. As soon as he stepped onto the Grammy rehearsal stage, it was clear, this voice was one of America’s best. The rest, as they say, is history.

Groban visits with us exclusively to discuss the challenge of songwriting, how his influences have changed over the years and what his fans can expect from the 20 million record-selling superstar.

SheKnows: What inspires you and does it change from record to record?

Josh Groban: I started primarily as a vocalist and sang other people’s music. I enjoyed interpreting other people’s songs. As I started getting more confident and more comfortable with what it was I wanted to say and what it was I wanted to sing, songs that were coming in just weren’t as satisfying for some reason. I thought to myself, “Well don’t be lazy, if you’ve got something to say, say it.” So instead of writing journal entries, I would sit down at a piano and just play. I was improvising as a kid. It took me a while to figure out that what I was doing was actually writing. I had to hone it, know what I was looking out for, and know what the magic formula was. It became an outlet for me. The singing is an outlet in itself but to be able to sit down and write, is so unbelievably yours. It’s kind of a rush once you start doing it. You don’t want to go back.

SheKnows: How did you find working with Rick Rubin? How did your expectations differ from the experience? 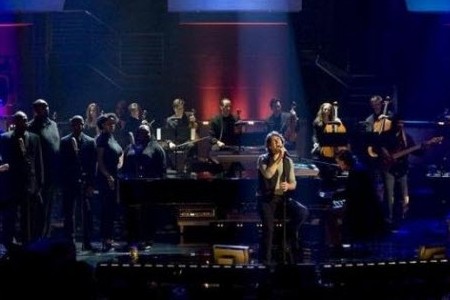 Josh Groban: Well as far as the writing goes, Rick was amazing because he pushed. He said, “You’ve got a good voice.” He actually said, “I want this record to be yours” and I was very honored that he said that. Rick is a legacy, a legend. It’s impossible not to have preconceived notions and not to wonder before going into it what he was like as a collaborator. So my first thing, I was nervous not only because I respected his accomplishments but because I felt like what I did was not really in his wheelhouse. I wasn’t sure. But, when we first met, we weren’t planning on working together. We met through mutual friends and we wanted to meet just to be buddies. When we started talking, we realized that we had more in common than we thought. We had more in common, based on the idea that we probably wanted to make music, and what was important about making music. He said to me, “Look, I’d be happy to listen to the songs you’ve got, once we have some songs.”

SheKnows: How did that turn into a full-fledged album?

Josh Groban: We started talking about the idea of what we could do together. He said he didn’t want to do anything halfway. He wanted to produce the whole record. It was a huge risk because I’d worked with the wonderful, brilliant David Foster for so many years and that was kind of my safety blanket. To work with Rick was a big change for me and a great honor to shift gears. In the end, we made an album that would make David really proud. We didn’t re-invent the wheel too much. We just tried to write and record the most beautiful, pure-sounding record. 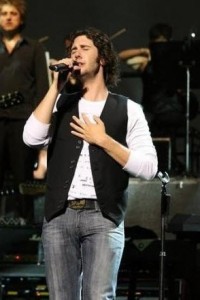 SheKnows: I read that you said you’ve never made a record like this before, is that what you’re talking about?

Josh Groban: Certainly it was made in a way that I’d never made a record before. So much of it was about the live performance and capturing the performance in the room — not just tweaking in a non-organic way for the sake of the product. The imperfection is what was interesting to us, the idea of a live moment, to get in the room with the guys and have 60 instruments and just playing it over, over and over again. So often as a singer in this day and age of technology, you’re singing the songs to a demo and then you’re basically sitting in the booth watching the orchestra play over your voice. It may sound great, but it’s really not that satisfying. I think that in the end, the fans know the difference to when it feels live and when it doesn’t. Rick was a real stickler about making sure that everything was just done the right way. We did everything the hard way with the assumption that if we did it the hard way we’d be rewarded and I feel like we were.

SheKnows: You recorded tracks in the famous Columbia Records recording studio. As a musician keenly aware of history, did you feel that history while you were recording?

Josh Groban: Absolutely, lucky for me it wasn’t my first time recording there, but it was certainly the most I’ve recorded there. You stand in that room and you think about the Henry Mancini days, you think about the Frank Sinatra days, Nat King Cole and everyone who’s been in that room. It makes you want to go to work. There’s so much frivolous behavior in the music business. For a lot of pop music, life is just a big party. So when you walk into a room like that, there’s a sense of respect, a sense of “alright everybody, let’s have a coffee and let’s focus here.” I love that about those kinds of rooms because other studios can be very distracting. You get to a room like that and it commands your undivided attention. You’re so focused on living up to what the room has seen and heard in the past. 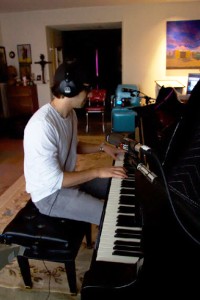 SheKnows: Why did you call the album Illuminations?
Josh Groban: Well, the album title choosing process is one of the hardest processes on the whole record. We tried obviously some of the different song titles. None of the song titles fit the album as a whole and they seemed to be very specific to those songs. At one point, Rick and I were talking about the idea of enlightenment. He kept writing me saying how we are illuminating the score, the music. He kept saying illumination, where’s this illumination? It’s perfect! Part of me wanted to break the one-word title pattern [laughs]. Alas, we found ourselves in it again.

SheKnows: Wow, it works on many levels…

Josh Groban: Yes! For me with Rick, it meant something just because we literally just started in the dark. We come from two completely different worlds. We got into a room together, scared to death, and it was a risk for both of us. Each time a song came to fruition the way that we wanted it to, it felt like a light bulb was shining. It felt right.

SheKnows: What were your musical inspirations growing up?

Josh Groban: I think my inspirations growing up were actually not so much the classical singers. I always appreciated the great sopranos and the Three Tenors and the technique of projecting to the back of the house. I was actually more interested in some of the nuanced singer-songwriters. I grew up loving Paul Simon, Neil Young, Peter Gabriel and Annie Lennox. I listened to a lot of interesting rock music, Eddie Vedder, REM and Nirvana. What I liked about those groups and singers was the raw emotion of it. I was inspired by how it made me feel. While I appreciated the beauty of the more classical voices, it wasn’t until I got much older that it started to have the same emotional affect on me that the other music did when I was younger.