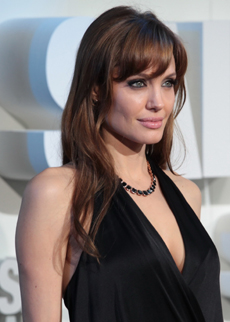 Before Angelina Jolie was a mom of six, humanitarian and style icon, her drug dealer tells Life & Style magazine she had a dark period in her life, fueled by cocaine and heroin.

Franklin Meyer said he met the then 21-year-old Jolie when she and another male friend bought drugs from him at the Chelsea Hotel in New York City.

“We’d see each other two to three times a week when she was in town. She would buy cocaine and also heroin,” Meyer said, stating she soon became a regular. “She would generally spend about $100 each time — that would buy maybe half a gram of coke and a tenth of a gram of heroin. She would snort the cocaine and the heroin in front of me. It didn’t seem to matter to her who else was there.”

Meyer said that Jolie was high on cocaine in 2000 when she was promoting, Girl, Interrupted.

“She was at my place. I was filming her and she’d taken coke,” he tells Life & Style. “She went directly to do The Charlie Rose Show.”

Meyer says he would occasionally go to her apartment on Manhattan’s Upper West Side. He said he was “shocked” at the pictures of dead bodies covering her walls. “I assumed they were real bodies. They were like places or apartments where there were murders. I don’t know where someone would get pictures like that.”

He said the actress, who has gone on to adopt kids with Brad Pitt, would talk of adopting while high on drugs. “She would say to me, ‘I think I would really like to adopt a kid.’ I was shocked. In the middle of the drugs and the knives, she’d be talking about wanting to adopt a child.”

Has she given up drugs?

Jolie has admitted to drug use in the past, saying: “I’ve done coke, heroin, ecstasy, LSD, everything. I gave them up long ago.”

Although there has been no official word from Jolie’s camp on these allegations from her reported drug dealer, it seems the UN ambassador and mom has luckily turned her life around.

read on for More Angelina Jolie