Beyonce and Jay-Z might be parents soon, according to reports. We’ve got all the details on the Beyonce pregnancy rumors and potential names for their new child!

Beyonce and Jay-Z are getting ready to bring a little Honey B or Hova into the world soon, according to a new report. 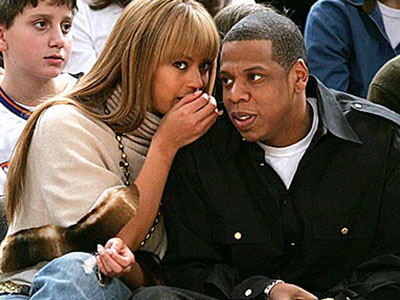 Us Weekly reports in their new issue that Beyonce is in the first trimester of her pregnancy, citing a source close to the singer. Beyonce was caught off-guard by the pregnancy, according to the source.

“B was shocked. She loves kids, but she wasn’t ready to be a mother just yet,” the source told Us. “She really wanted to get her album done and tour the world again.”

Her surprise doesn’t mean the singer is dreading her new role as mommy. “This is a gift from God and she’s so happy,” another Beyonce insider tells the magazine.

Beyonce’s younger sister Solange thinks her Grammy award-winning sister will make a wonderful mother — though it’s not clear if she made the comments to Us Weekly in light of the baby news, or at a different time.

“She’s got the most beautiful heart,” Solange said. “She’ll be a great mom.”

Celebrity women are plagued with pregnancy rumors all the time — just ask Mariah Carey or Khloe Kardashian. No word if the news is true — we’ll just have to wait for the official announcement to know for sure.

Until then, it’s fun to think about potential names for the superstar couple’s child.

What would you name Beyonce and Jay-Z’s first child?