Patricia Heaton rules the family at the heart of The Middle. But, her onscreen kids steal every scene they’re in and now Eden Sher and Charlie McDermott are alone with us to talk about the surprise hit The Middle, now in its sophomore season.

On Wednesday nights on ABC, The Middle has been overshadowed by that other clan on Modern Family. Where Ed O’Neill and his family are straight-out-of-SNL-Second-City comic craziness, The Middle hits home on many levels, but mostly in the most comically heartwarming ways. 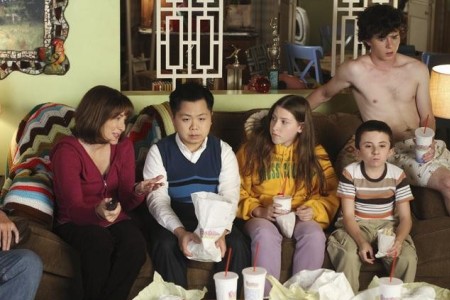 The Hecks of Indiana lie at the center of The Middle. Led by patriarch Mike (former Scrubs janitor Neil Flynn) and matriarch Frankie (Patricia Heaton), most often collectively, the sitcom veteran actors find their scenes stolen by their The Middle children.

Eden Sher and Charlie McDermott spoke with us from the set of The Middle to share exclusive insight into the inner workings of both an instant classic and a uniquely timely American sitcom. 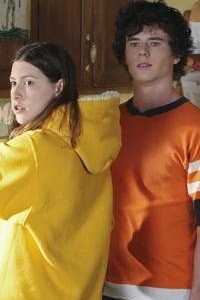 SheKnows: For each of you, what is the best part about being on The Middle?

Eden Sher: Getting to see Charlie McDermott’s face every day. I think no schoolwork [laughs]. Seriously, getting to work in an environment where everyone is pretty awesome and the writers are actually good writers. I enjoy the character I’m playing. It’s kind of an anomaly.

SheKnows: What about you, Charlie?

Charlie McDermott: The best part is the fact that I enjoy going to work every day. It’s a great environment. The whole cast and the crew is awesome. The writing is so smart. I feel very fortunate to be a part of this show.

SheKnows: As you’ve crossed the country and promoted the show, what reaction have you gotten from the people in The Middle of America.

Eden Sher: I feel like they seem to get it a lot, which is good because it’s our intention to be an endearing comedy. We’re not making fun of anybody. You don’t have to be in on the “in” jokes to get it, but if you do get the Midwest nuances — it’s hilarious. The people really like it.

SheKnows: People are probably thinking that finally someone is paying attention to the people in middle America.

Charlie McDermott: On our show, the characters all have jobs. This isn’t a show where people have really rich-looking apartments, houses and everything. That’s one thing I really liked about the show is how real it is in portraying average Americans.

SheKnows: Eden, your character just made the cross country team and is quite proud. As the actress behind her, are you a little tired of wearing that sweatshirt all the time? Sue wears it with such pride, but every day? 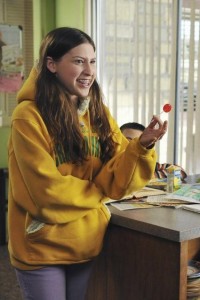 Eden Sher: I’m not going to say that I’m tired of wearing it because I love that Sue has become a part of something. I love that storyline. However, having to actually put on that sweatshirt every day, at least when it’s hot, it’s definitely taken a toll on me [laughs]. But how can I complain? This is my job and it’s incredible.

SheKnows: For both of you, working with Patricia Heaton and Neil Flynn, both sitcom veterans to say the least, how has that been for you? When you first started to work with them, were you a little nervous? Also, what have you taken away from working with those two vets?

Eden Sher: Yeah, I was definitely intimidated at first. And also I never told Neil this but I was a diehard, huge janitor fan — his character on Scrubs. I didn’t want to seem like a crazy fan girl so I never talked about it. But I definitely thought at that first meeting, “The janitor is sitting next to me!” What did I pick up from them? They’re both so good, I try to pick up from their solid comedy technique.

SheKnows: What about you Charlie, what did you take away from them?

Charlie McDermott: It’s incredible when you work with someone that professional, that honest. I learn from Patricia and Neal, just by watching them and how they attack a scene. 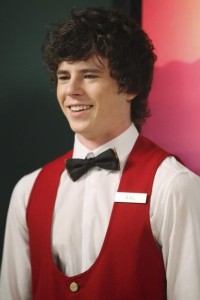 Eden Sher: It’s not like a tangible lesson that they’re teaching us or that Patty is teaching us but when you’re on set the power of observation is pretty intense. I feel like just even watching her, it definitely rubs off on you. It’s not the way she does her lines, but the way she’ll stop and start over and do it for herself. I even noticed she takes down notes. Okay, that’s how she does it, she’s taking notes [laughs]! I better take notes!

SheKnows: I have to ask about Atticus as the youngest member of your family, Brick. His performance on your show is just incredible. He comes off on the screen as so much more mature than his age. Is he that way in real life?

Charlie McDermott: He’s pretty adult for his age. But, in real life, he’s not as weird as his character. But, he’s definitely a kid well beyond his years.

Eden Sher: Exactly, he doesn’t whisper to himself but he does just everything but. He reads non-stop.

Charlie McDermott: He’s smarter than I am [laughs].

Eden Sher: I think he’s the smartest person on the set [laughs].

SheKnows: Being in comedy and being in the moment, do you guys ever get the chance to do improv or is it kind of a more stick to the script type of set? 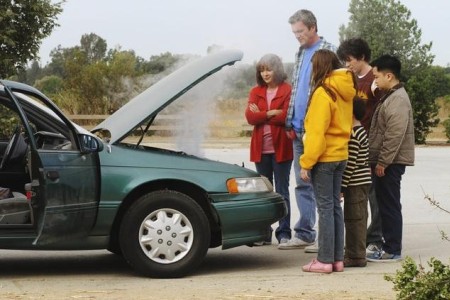 Eden Sher: I think they always trusted us. It’s definitely a scripted show. You’d be surprised even the shows that seem improvised, they’re probably mostly scripted. We have a strict script supervisor sitting on set, telling us what we have to say. It’s honestly the best set ever, I think our writing speaks for itself.