Adrien Brody is suing to stop a film from being released saying he has yet to be paid for his services. 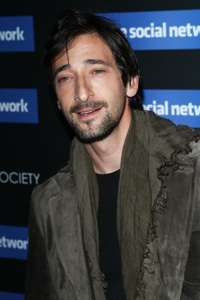 Adrien Brody is taking the makers of the film Giallo to court, saying he hasn’t been paid for the project and the flick is being released without his okay.

The Academy Award-winning actor says the filmmakers still owe him $640,000 in pay and that the release will cost him $2 million in damages. He claims the producers lied to him about financing and greatly exaggerated how much the movie’s Italian distribution rights were worth.

Brody also says his contract specifies he can “withhold his likeness” from the flick until producers cough up his cash — effectively stopping the film’s release altogether. An emergency petition to prevent the DVD release was denied.

A lawyer for Hannibal Pictures and Giallo Productions says Brody is going to be waiting a long time for his money. “We respectfully dispute his allegations,” said A. Raymond Hamrick III. “Hannibal and Giallo have acted with the utmost integrity.”

Brody has already been paid nearly $1 million for his work, and Hamrick believes the actor’s allegations are not in line with his contract.